Can a neglected shopping arcade in West Yorkshire become a blueprint for the high street’s (much-needed) revival?

When the golden arches of McDonald’s blinked out for the last time in Dewsbury town centre almost a decade ago, a slew of high street stalwarts joined the exodus.

The West Yorkshire town was then stricken by recession and beaten by online shopping. It has been left behind to be replaced by shiny destinations like Leeds.

Chris Hill, a community business expert, sees opportunity in the midst of hardship. He plans to breathe new life into Dewsbury’s redundant, Victorian arcade in a £7m project that will make it the first community-led shopping centre in the UK.

“When McDonald’s shuts up on you, you know you’re in trouble,” laughs Hill. “But there is perversely some potential: can we build up from the bottom a new indie feel, which makes people want to come back into town?”

Kirklees council bought the Grade II-listed building in 2020 for a snip under £1m, placing it at the heart of the Dewsbury Blueprint, a wider, 10-year town centre regeneration project backed with £50m of local authority and government funding.

Hill, heading up a committee of likeminded local business owners, approached the council with a concept for a new kind of retail destination – one where curated shopping experience is just as important as stores with well-stocked shelves. 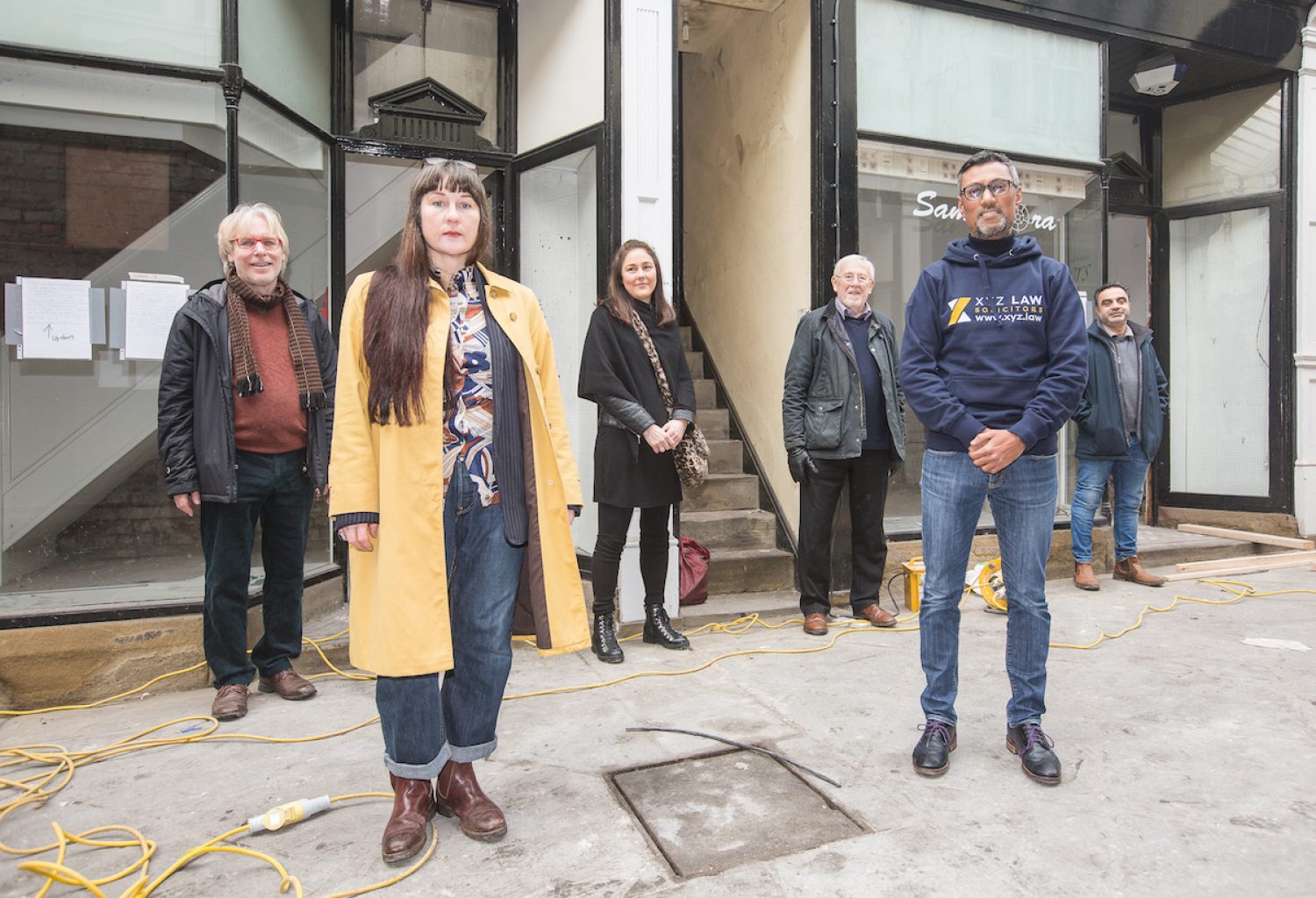 “There are two million people living within 10 miles of the town centre,” enthuses Hill, the arcade group’s development director. “There’s a real hope of turning it around – if you give them reason to come.”

He says that it is not about taking the first person who shows up to pay the rent. “We’re trying to get people who don’t just sell stuff – which they can do online at the same time – but who actually do something as well,” Hill explains, pointing out that bricks and mortar stores have to add value to entice customers away from their sofas and phones, for example through demonstrations or workshops.

When McDonald’s shuts up on you, you know you’re in trouble. But there are also perversely many possibilities

Emma Noble, owner of The Bombz Hydrotherapy bathcare business, would like to add a studio area where kids can get creative and make their own bath Bombs. “As well as the practical side, it’s about teaching them it’s important to look after yourself and take time for yourself,” she says. “A bath bomb is where colour and love create magic.”

Noble is excited to be in creative company. All being well, she could even take one. Dewsbury Arcade’s 15 smaller units, alongside an eclectic mix of specialist, independent shops – and spaces for creatives – with rents starting at around £100 a week. 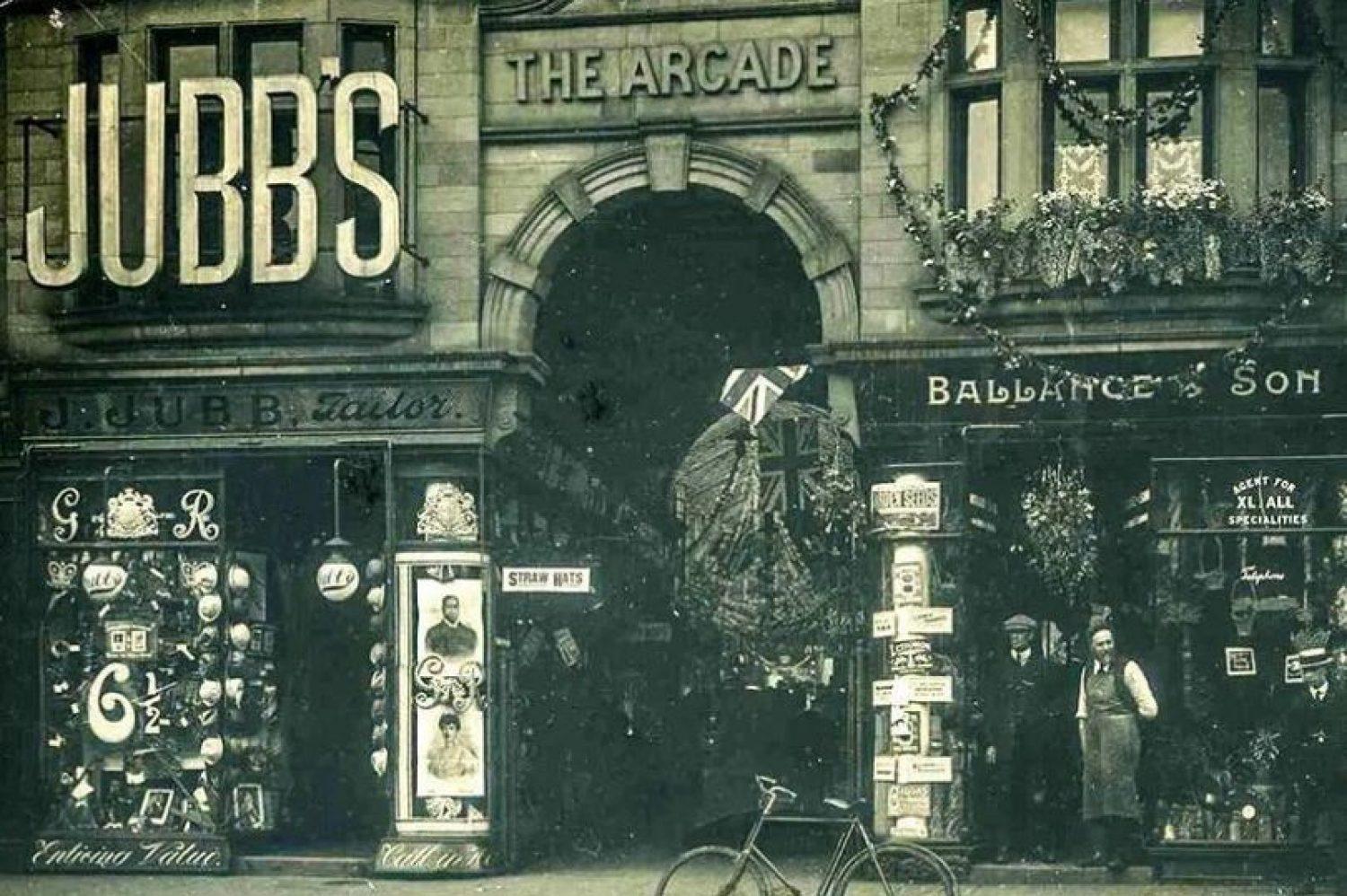 The Dewsbury Arcade during its early 20th century glory

They will be connected by larger restaurants and bars that offer food or drink. The upper floor will contain nine artist studios. Events will play a major role in encouraging footfall.

The whole project will be run by and for locals, with a community-wide share offering putting Dewsbury’s residents in control. Hill hopes that this will raise £250,000 to enable the team to take on a 10-year lease and fund the operation, as well as to buy two shops adjoining the arcade to “underpin the business model”. All profits will be reinvested.

“We want 300 or 400 people as pioneer investors, and instantly they’re going to want to use the place and want it to be a success,” says Hill. “They’ll essentially control the company, elect the board, and feed into the business plan.”

We’re more in touch with what’s going on in the centre of town than the council. We’re plugged in to what people want.

In recognition of the town’s 40 per cent Asian population, and in a bid to begin dismantling decades of segregation, the share issue will be Shariah-compliant (one of the first such share issues in the country). Investments that are Shariah compliant typically exclude those that derive their majority of their income through the sale of alcohol, pork products, or gambling. If profits are allowed, investors can expect a modest return of about 2 percent.

Hill is as enthusiastic about bringing everyone in the community along, as he is about establishing a “positive culture” in the new endeavour. A note on the project’s website encourages people who are considering getting involved to focus on solutions, rather than problems.

Natalie Liddle, a member of the Eyewood Vintage business community, believes that the arcade’s success is dependent on its community control. “We’re more in touch with what’s going on in the centre of town than the council,” she says. “We’re plugged in to what people want. You only get that level of focus from a community group.” 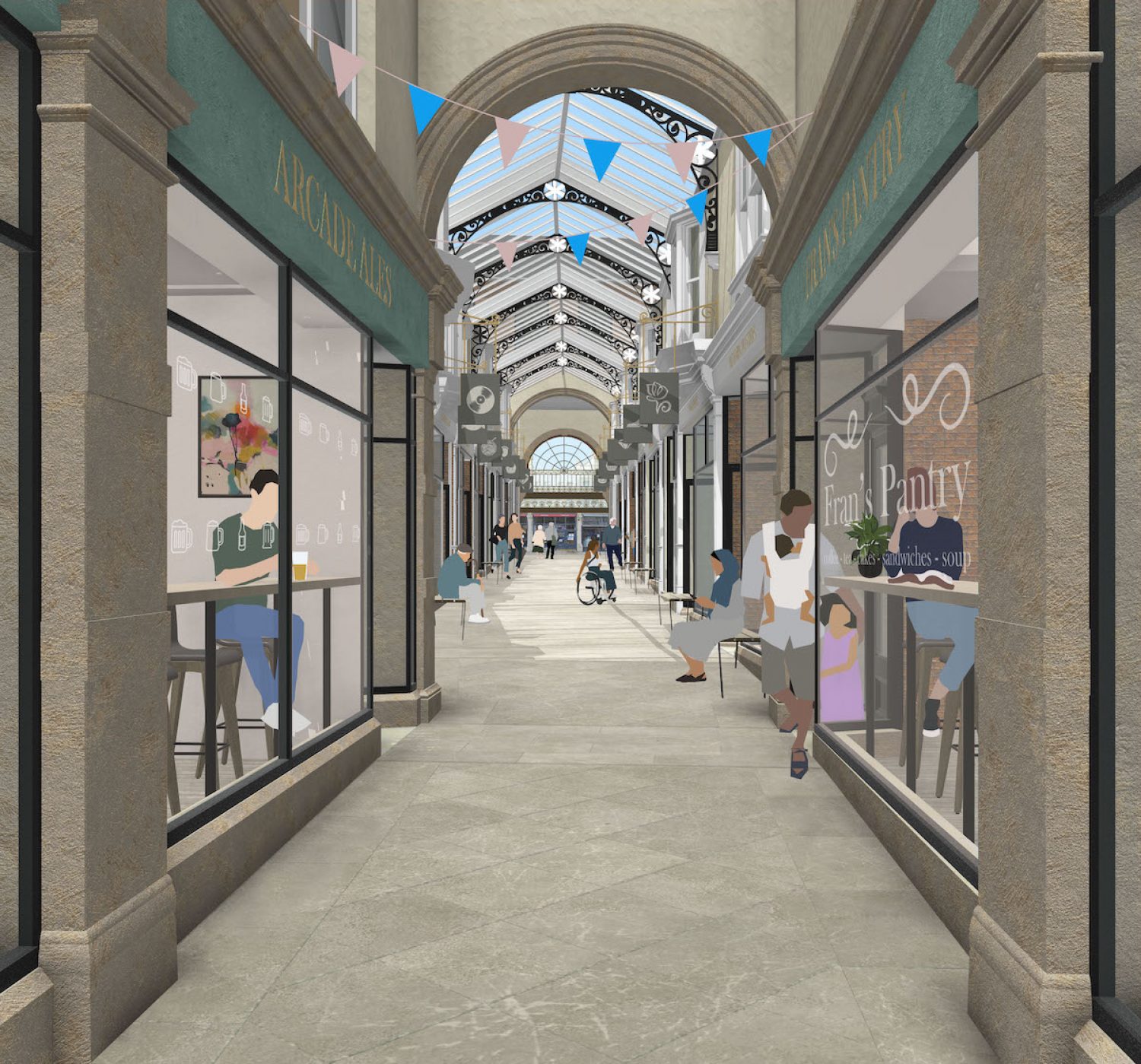 At the time of writing, Hill and his colleagues were waiting on the outcome of a Heritage Lottery Fund bid, which they hope will plug a £3m hole caused by unforeseen building costs. Work should begin in February next year and the grand opening is planned for Christmas 2023.

Many Dewsbury people are familiar with the arcade’s beautiful roof and striking ironwork. It was built in 1899 and was a popular thoroughfare until 2014. And Hill and co don’t plan to stop there.

“There are loads of empty shops in the town centre,” he declares. “We want to take on as many as we can and support indies going into them. This is activism – we’re giving people a sense of being able to implement change and turn things around.”