The Library of Things: coming to a town near you – FFA

Already, 5,000 Londoners have taken up the challenge: borrowing anything from sound systems to sewing machine from a catalog of 50 items. They are the pioneers of the Library of Things(LoT) model allows people to save money and reduce their waste by renting out household items at affordable prices. They’ve collectively saved around 50 tonnes of waste from landfill since it all began.

The team behind the women-led social venture are optimistic that the first 5,000 borrowers will come from the successful crowdfunding bid to scale the business from seven to fifty neighbourhoods across England. They raised almost £375,000 to expand, saying that the model is a valuable one, at a time when one in seven UK shops lie empty, and councils and communities are casting around for solutions.

“We see a Library of Things as an activator for the community hubs it inhabits – whether arts venues, libraries, or reuse and repair shops,” says co-founder Rebecca Trevalyan. “The service brings diverse footfall, income and impact – helping local people do projects affordably and learn practical skills, while reducing waste.”

Library of Things services put purpose ahead of profit. They are located in six other libraries, community venues, reuse shops, and reuse shops around the capital. Another set will arrive next to Ikea at Hammersmith shopping centre. Brand partners like Bosch and Kärcher provide the products at low – or no – cost, in exchange for insights into product usage and maintenance.

The model remains essentially the same since Trevalyan and co started testing the idea from shipping containers in south London in 2016: people can rent hedge-trimmers, carpet cleaners, drills, pressure washers and other items from as little as £1 a day. According to the team, borrowing is usually about 5 percent of the cost for new items.

But things have got smarter: they’ve now developed their own software and have integrated it with an off-the-shelf locker system, to ensure smoother borrowing and returning. 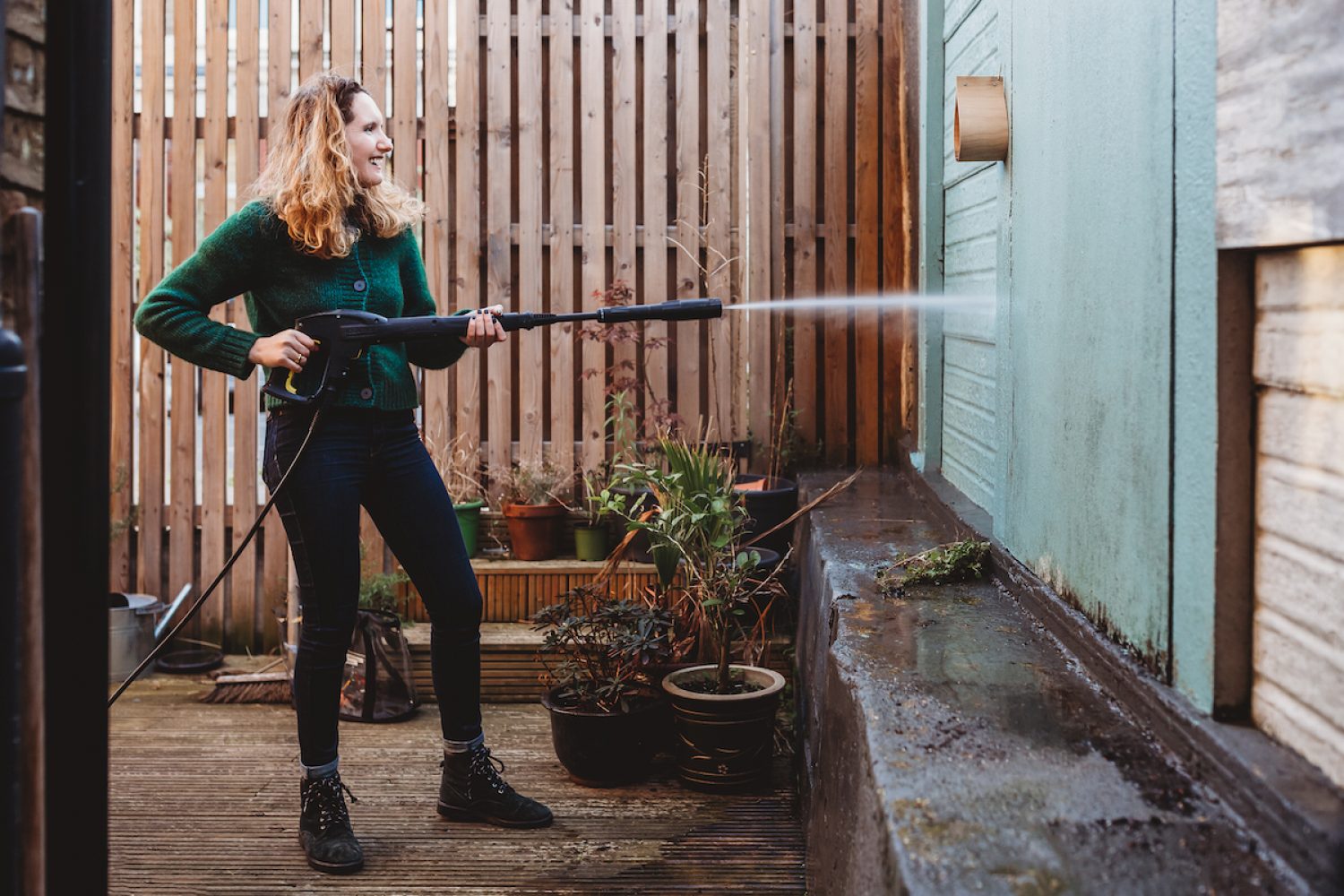 Users can rent pressure washers and other items from as little as £1 a day. Image: Library of Things

“Communities want hopeful alternatives to consumerism,” says Trevalyan, who notes that more than 400 councils and groups have expressed interest in setting up their own Libraries of Things.

Although funding for new ventures is still scarce, they have found ways. Bromley council funded Bromley library of Things through its fundraising. Carbon Offset FundThe enterprise was funded by the London Council, with nine other London councils funding it to combat waste and emissions and the rising cost to live.

“Our high streets need fresh ideas, and communities and councils are serious about coming together around hopeful climate and waste solutions,” says Trevalyan. “So now’s the time to make this happen in every neighbourhood that wants it.”

The concept in numbers

This article is the latest in our ‘reinventing the high street’ series. Over the coming weeks Positive News will be shining a light on the people, places and projects that are breathing new life into the UK’s town and city centres as many retail giants abandon them.