Polling shows 11 Cabinet ministers set to lose their seats, as Labour gain the Isle of Wight

Drawing on the opinion polls published in the week since Kwarsi Kwarteng’s mini budget, politics.co.uk’s latest Westminster model provides a graphic illustration of how the Conservatives would be decimated in any election held today.

Within the first three weeks of Truss’ premiership, the Labour lead over Conservatives had already reached 11.2%.  In doing so, Britain’s electoral map already looked set to be redrawn.

Labour was  on course to win seats in parts of the country where it has always been a distant spectator, such as both Bournemouth constituencies in Dorset, Macclesfield in Cheshire, and Bromley and Chiselhurst in south east London.

In the light of last week’s mini budget, the situation is even more dramatic for the Conservatives.

“Advocate for our sport”, Tom Friar wins BASC Shotgun Coach of the Year

According to current polling, Labour would win Huntington. This was once the safest Conservative seat and was previously represented at Westminster by John Major, the former prime minister.

Based on 2019 election boundaries, Labour would also win the Isle of Wight.  This is because the island will be divided into two constituencies next year, which could create two additional gains for Labour. This section of the English Channel has never been represented by Labour at Westminster.

A total of 11 cabinet ministers would be losing their seats at the House of Commons.

According to the most recent politics.co.uk model, a general elections held on the basis the current opinion polls would see a Labour majority in Westminster of 54 seats. 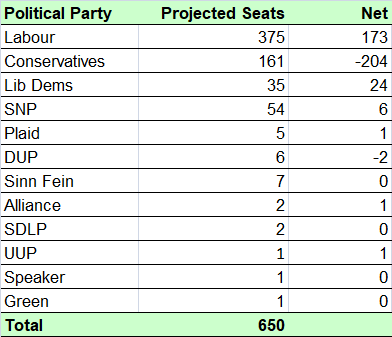 Current polling shows the dramatic shift in British politics over the past 12 months.  Boris Johnson had a trend poll lead of 3% over Labour at the same point in 2021. 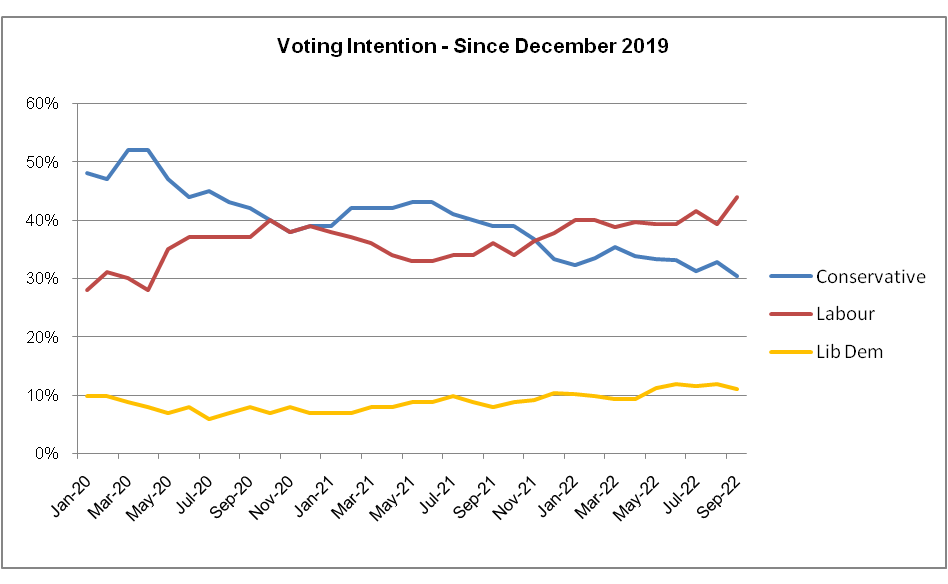 Although a general election is not likely to be held till May 2022, the current reversal in fortunes provides a difficult backdrop for the new Truss government as they travel to Birmingham for the party’s annual conference next week.