Guatemalan farmers are poor and eat little more than maize. A new seed is needed to produce the vitamins and minerals that poor farmers in Guatemala need.

Steep slopes, sweltering weather, poverty and malnutrition: this is Camotán, a town in south-eastern Guatemala, home to the brothers Luis and Antonio Mejía. They live off the maize they grow and have no monetary income. Both are fathers to young children and live in small concrete and sheet metal houses with no electricity or bathroom.

“My family and I eat around eight pounds (3.6kg) of corn daily. Because I don’t have money, we usually eat tortillas without beans, about five or six per day, which will keep us full,” said Luis.

You can’t be healthy on that kind of diet. Ninety percent (90%) of Guatemalans living under extreme poverty eat the same food every single day. They are not able to eat a balanced diet that is rich in protein. And in Camotán, 41.1 per cent of the population lives in extreme poverty, according to data from the Guatemalan Institute of Statistics.

These people are at high risk of malnutrition. “In rural and low-income households, the diet is monotonous. They mostly consume maize and its derivatives, like tortillas,” said Mónica Mazariegos, a researcher at the Institute of Nutrition of Central America and Panama (INCAP). Guatemala has one of the highest levels of iron and zinc deficiency risks in Latin America.

The Mejía brothers learned how to grow corn when they were little, Antonio, 40, recalled. “Our father taught us this type of activity as a form of survival when we were around eight years old,” he said.

They have the same routine every day. They wake up at 5am, walk 20 minutes to the cornfield, and return home around 6pm to eat tortillas. 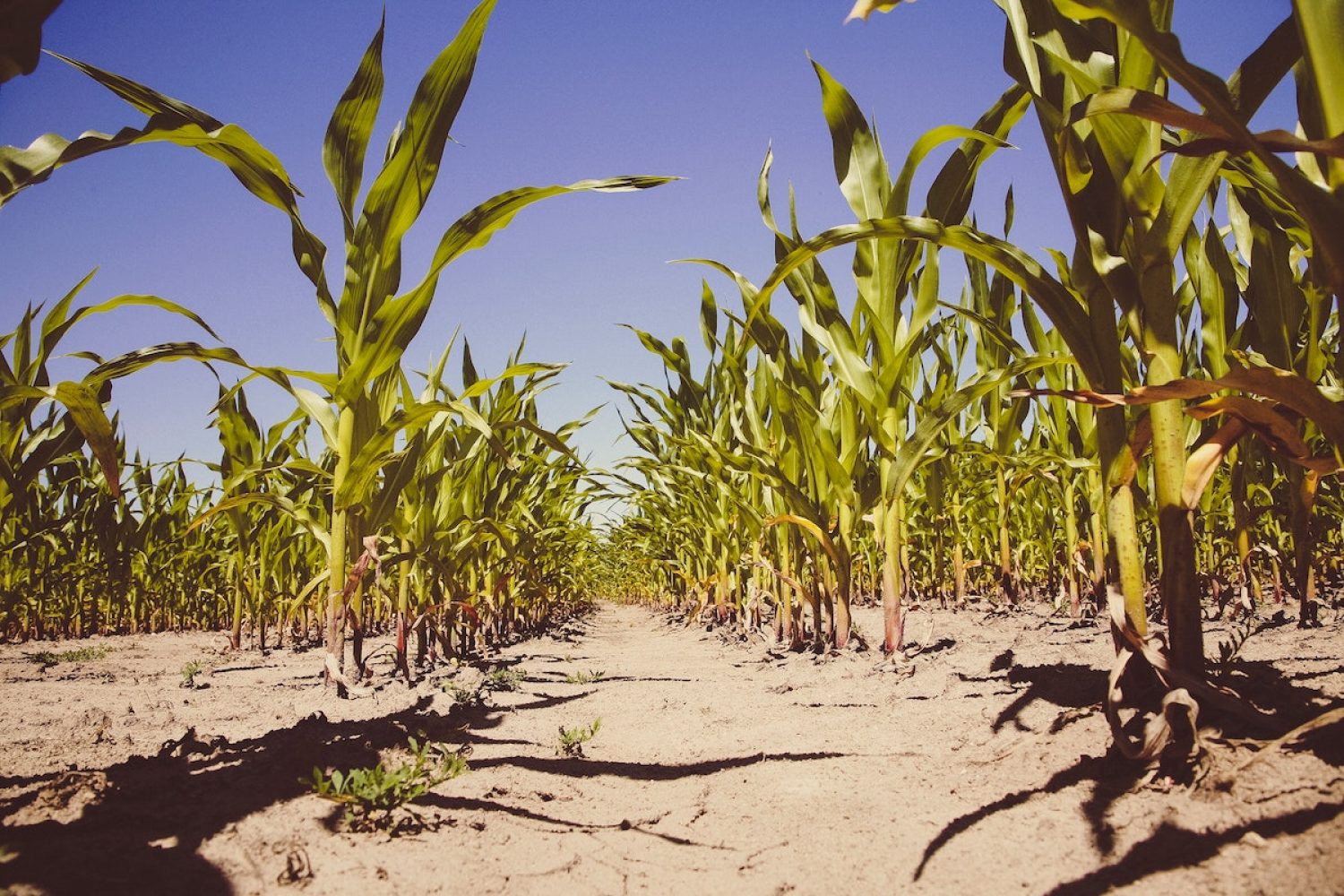 Luis, 42 years old, takes his ten year-old son, Luis, to the field to help him with land work. His wife and daughter are at home during the day, while Luis is at the kitchen making tortillas and other corn-based foods.

The work hasn’t changed, but now the family has better nutrition – thanks to a new kind of maize seed.

Semilla Nueva, a non-profit initiative operating in Guatemala since 2017, has given them a hybrid seed, bred by conventional selective breeding – not genetic modification – that has more essential nutrients than the maize the brothers grew before.

“Our solution improves the cheapest and most culturally significant food, which is corn,” said Curt Bowen, co-founder and executive director of Semilla Nueva. “The F3 maize seed is bred to increase the crop’s density of vitamins and minerals. Since it is consumed regularly by these farmers and families, this agronomic practice will make a huge impact on the population’s nutritional status.” 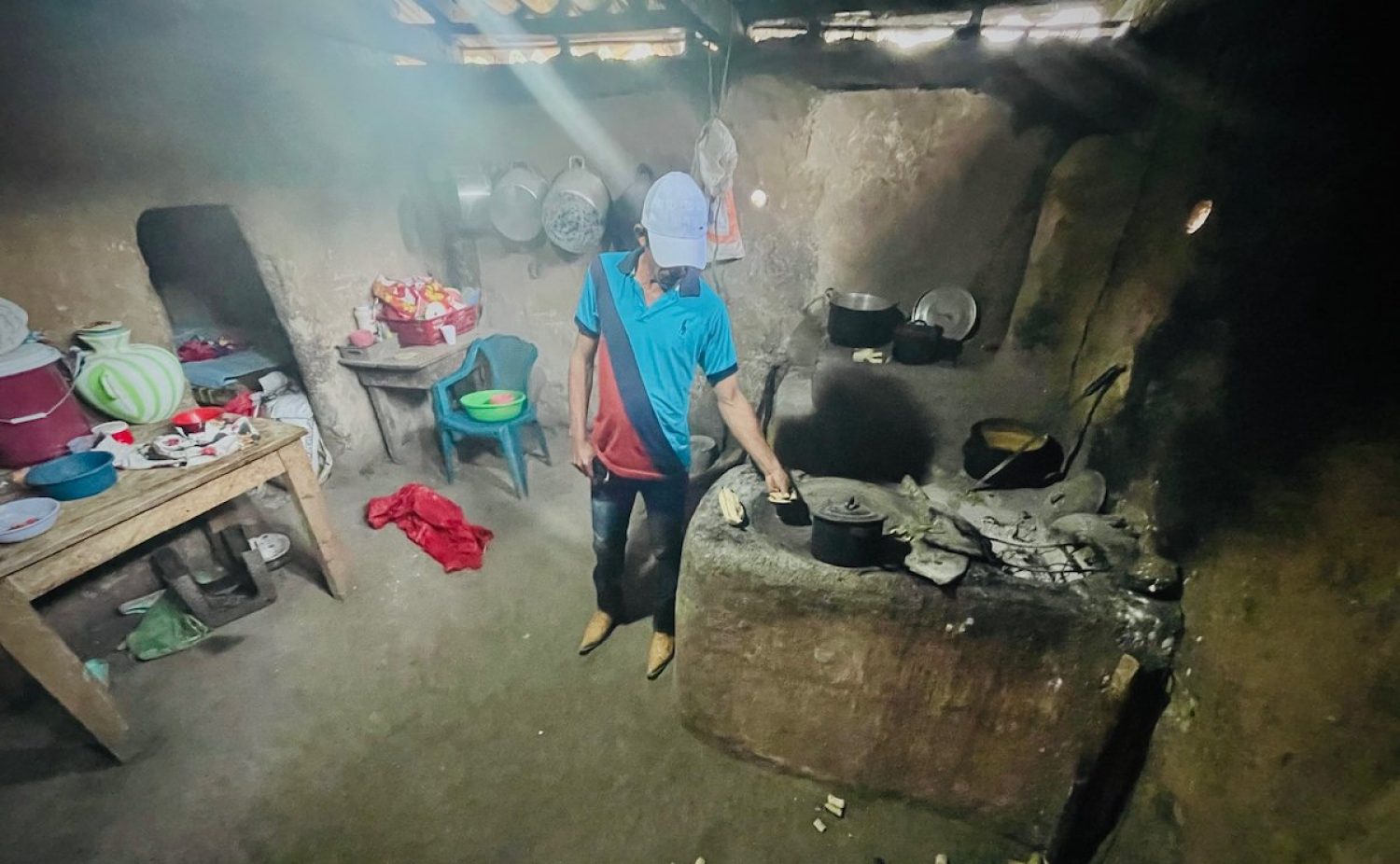 Luís Mejía takes a tortilla off the cookstove at his home in Camotán. Image: Isabella Rolz

Biofortification refers to the process of making food more nutritious. “Biofortification focuses on adding specific micronutrients that are insufficient in the diets of low-resource populations of developing countries that rely heavily on a single staple food, such as maize,” said Jere Haas, a nutrition expert at Cornell University in Ithaca, New York.

By distributing biofortified seeds, he said, we can “correct the micronutrient deficiencies of iron, zinc, and vitamin A that contribute to a high burden of diseases and disabilities in these low-resource populations”.

Both Luis and Antonio Mejía describe the F3 seed as “softer and more abundant” than other corn seeds. They’ve also noticed that their families have become less ill in the last few years, and their children have more energy throughout the day.

Biofortification is a simple way to improve the health of people living in poverty.

Antonio’s wife, María Mejía, 30, who spends most of her day in the kitchen making the tortillas, said that with the F3, she notices “that the tortillas are getting bigger, more yellowish and are heavier”, which makes the family feel fuller.

The new seeds don’t solve all their problems, though. “Biofortification is an elegant tool to improve the human health of poor people [but] it is not perfect and needs to be combined with other methods as necessary,” said Stephan Haefele, an expert in sustainable soils and crops at Rothamsted Research, a non-profit research centre in the UK.

Even though the Mejía family seems healthier since they started farming the biofortified seed, it’s not easy to measure how much of the increased nutrient intake is really taken up in the body. For this reason, there’s a debate about how much biofortification helps to remedy the nutrient deficiency.

Maria Mejía prepares tortillas, which are becoming fatter thanks to the new seed. Image: Isabella Rolz

There are also trade-offs. “In some cases, the biofortified crops yield slightly [lower volumes of produce] than the best normal varieties, in which case the dilemma is between feeding people enough calories or sufficient micronutrients,” said Haefele.

Consuming conventionally biofortified crops is not considered to be dangerous. They may not be accepted by everyone immediately. “A challenge can be due to possible alteration in the taste and look of edibles that need to be adopted by the population,” said Abdul Wakeel, an assistant professor at the University of Agriculture Faisalabad in Pakistan.

Farmers require more than just one-off deliveries of seeds. “It’s a continuous process to maintain and sustain the biofortified varieties, and simultaneously soils need to be fed with minerals, especially if they are deficient in specific minerals,” said Wakeel.

The tortillas are becoming larger, yellower and heavier.

Semilla Nueva gathers the data necessary to resolve these issues and debates. It surveys farmers who plant F3 maize seeds to find out how much they consume all year. They then work with labs and farmers to evaluate the nutritional content. Afterwards, they collaborate with INCAP, the region’s leading nutrition think tank, to visit families who eat it and collect food consumption and nutrition data from women and children in those families.

“These surveys allow INCAP to create a model of the missing nutrients in the diet of these populations and how much they reduce those deficiencies when eating our more nutritious corn,” Bowen added. Semilla Nueva then estimates what is missing from rural households using this data.

Semilla Nueva has created partnerships and emergency programmes to give seeds free of charge to farmers from impoverished communities, such as the Mejía brothers. In addition, the organisation sells seeds at a low cost to farmers’ associations. They seem happy: In 2021, 35% of farmers replanted their F3 harvest seeds. 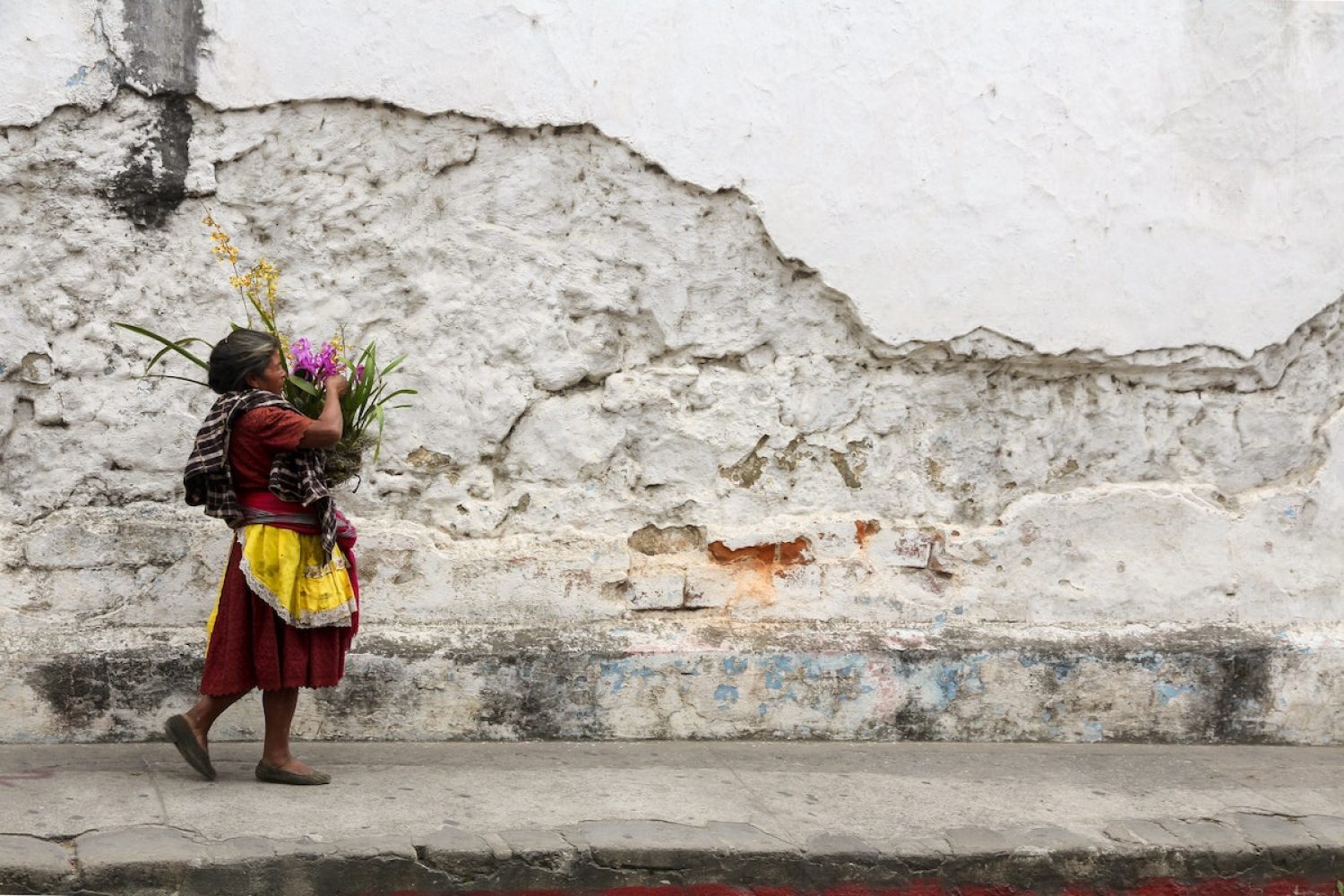 Guatemala’s poverty rate is 52 percent, which is a sign of the need to improve nutrition. Image: Scott Umstattd

In 2021, with the support of American philanthropy and USAID’s Feed the Future initiative, Semilla Nueva reached 12,600 farmers and their families. It focuses on small commercial farmers and farmers who grow corn for local consumption. 36.6% of F3-seed farmers live below the Guatemalan national poverty level, earning less than $3.64/day.

Currently, only a few producers of biofortified Maize Seeds are available in both the private and public sector. Semilla Nueva is one of the few international and local organizations that distribute the seeds.

According to Semilla Nueva´s anecdotal data from the past two years, 37.5 per cent of small producers who received donations of seeds in 2020 were able to replant the hybrid seeds, using seeds they collected from their own harvest, and were satisfied with the yields; 64 per cent plan to replant in 2022.

“This gives optimism in creating less dependency on seed purchase and donations, considering that the yields continue to be higher than other biofortified open-pollinated varieties,” said Bowen.

“We are now at the moment of incorporating this technological breakthrough to the health and nutrition of more Guatemalans living in extreme poverty,” said Manolo Mazariegos, a nutrition expert at INCAP. The project is well-advanced considering the limited resources it has, reaching thousands families in Guatemala.

However, many other farmers also need to be reached. To fix this issue, “public policies need to be strengthened and initiatives like this one should be considered an urgent public interest to combat malnutrition in under-resourced populations”, he added.

This article is licensed under Creative Commons. The original versionappeared on Open Democracy.