Chris Brown’sA dog could end up costing him a lot.

After an alleged attack from his dog, Chris Brown’s former housekeeper is reportedly suing the R&B artist for $20 million in pain and suffering, $20 million for emotional distress, and another $10 million in loss of income, according to Radar Online.

In July last year, a 32-year-old multi-talented artist was housekeeper. Chris BrownA lawsuit was filed against him alleging that his dog attacked her while she was working. Earlier this week, the woman who is filing under the pseudonym Jane Doe, disclosed further details of the incident as well as the financial damages she’s believes is warranted as a result of the supposed attacked. 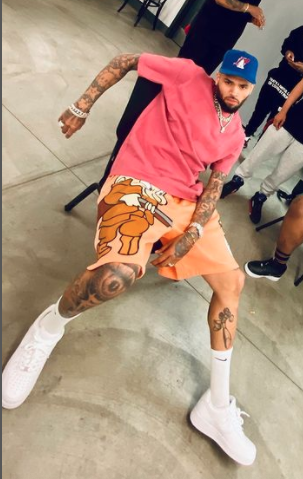 According to a report by Radar OnlineJane Doe claims in the lawsuit, that Jane Doe was at work while she worked at Chris’sTarzana mansion her Shepherd Ovcharka got out and attacked her, ripping away chunks of her skin from her body.

After the attack, the legal documents claim ChrisThe nature of the incident was misled by authorities. He claimed that he didn’t know the attack had occurred before first responders arrived, even though he saw Jane Doe in a pool full of her blood. To which she claims he subsequently instructed his team to “take the dogs before the cops arrive”.

Reportedly, Jane DoeShe claims that her medical expenses have already cost her $24k and she believes she will be spending another $400k on future costs. She also cites her lost earnings to date as $100k, and believes she’ll have lost an additional $550k after the dust from the lawsuit settles. She’s also requesting $20 million in punitive damages.

ChrisApparently, she has yet to respond to the lawsuit in Court.

Do you think the woman is right in asking for up to $50 million for Chris Brown’s dog biting her? Please share your thoughts with us in the comments!