Sivalingam Vasanthakumar made the decision to drive his lambs instead to the slaughterhouse to an animal sanctuary. Now, the farmer believes that his future is plant-based

For most farmers, taking animals to the abattoir is part of their working life. But Sivalingam Vasanthakumar – who is known as Kumar – never felt that way. Being able to drive his animals from the farm to the slaughterhouse was never easy.

“I worked in farming for 30 to 40 years and have taken so many animals to slaughter, but every time I would question whether it was right,” he says. “When I’d back the trailer into the slaughterhouse, the animals didn’t want to go; they could smell it.”

Kumar grew up in Sri Lanka on a small dairy farm. However, the family never killed any of the cattle there. “It was for cultural and partly religious reasons. Dad was vegetarian anyhow, and I grew up not to be a big eater of animals,” he says.

Kumar decided that he would drive his 20 lambs to a Worcestershire animal sanctuary instead of taking them to the abattoir. “It was a good decision,” he recalls. “I couldn’t handle it any more. I wanted to let them live.”

Staff from the sanctuary send him photos of his flock. “They are all living happily,” he says with relief.

Kumar, who lives in Devon and has a master’s in sustainable agriculture, says the practice also went against his increasingly strong environmental beliefs. Though the topic of eating meat v vegetarianism or veganism is complex (there are interesting opportunities in regenerative, local animal farming, for example, and vegetable cultivation is not necessarily low-carbon, depending on how and where it is grown) for Kumar, rearing animals for consumption “is not ethically or morally justified in the western world”. 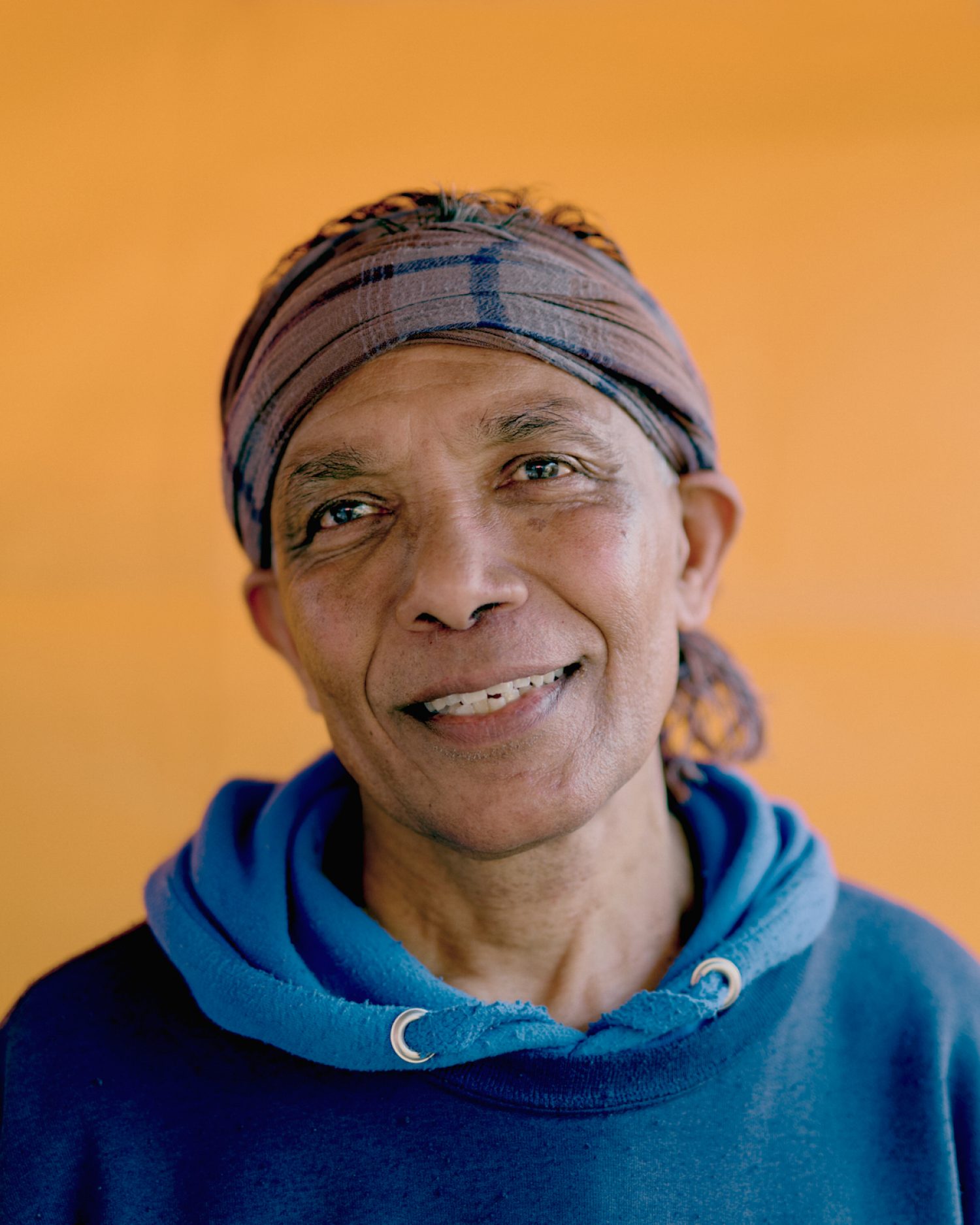 ‘I couldn’t handle it any more. I wanted to let them live,’ says Kumar of his flock. Image by James Bannister

“The way we’re consuming meat now isn’t right,” he says. “We grow grains to use as animal feed and import soya from Brazil. Vegetables are essential for survival. Riverford is a great alternative for livestock farmers who might wonder what they can do. [the veg box supplier]This is an example. It’s completely growing vegetables on a commercial scale and making good profit.”

Kumar now focuses on selling south Indian food twice a week at Kumar’s Dosa Bar stall in Totnes, Devon, but he’s plotting a return to farming. He’s in the process of buying a smallholding in Somerset through the Ecological Land Cooperative, which works to provide affordable land for sustainable businesses in England and Wales.

“The plan is to buy the lease, live on the land and grow vegetables to use in my dosas,” he explains. “I want to grow tropical vegetables like eggplant [aubergine], okra and ginger in tubs.”

Livestock farmers might ask what they can do instead, but look at Riverford – it’s growing veg and making good profit

Kumar plans to adhere to many principles of permaculture as well as organic gardening without seeking organic certification. “The rest of the land will have fruit trees like apple, pears – varieties local to Somerset – and crops like potato, onion and barley.”

He also wants to invest money in a food truck. “I want to offer subsidised healthy food to people living in low-income areas,” he enthuses.

Kumar is positive about what he sees as a shift in society’s food consumption habits. “More people are buying locally sourced products, turning vegan and vegetarian, and setting up cooperatives,” he says.

It is only in places like Totnes that one can argue that eco-friendly thinking is at its peak, and this is where it is most evident. Perhaps not for much longer: this year’s Veganuary – the annual challenge for people to eat only plant- based products in January – attracted 629,000 sign-ups, some from nearly every country. 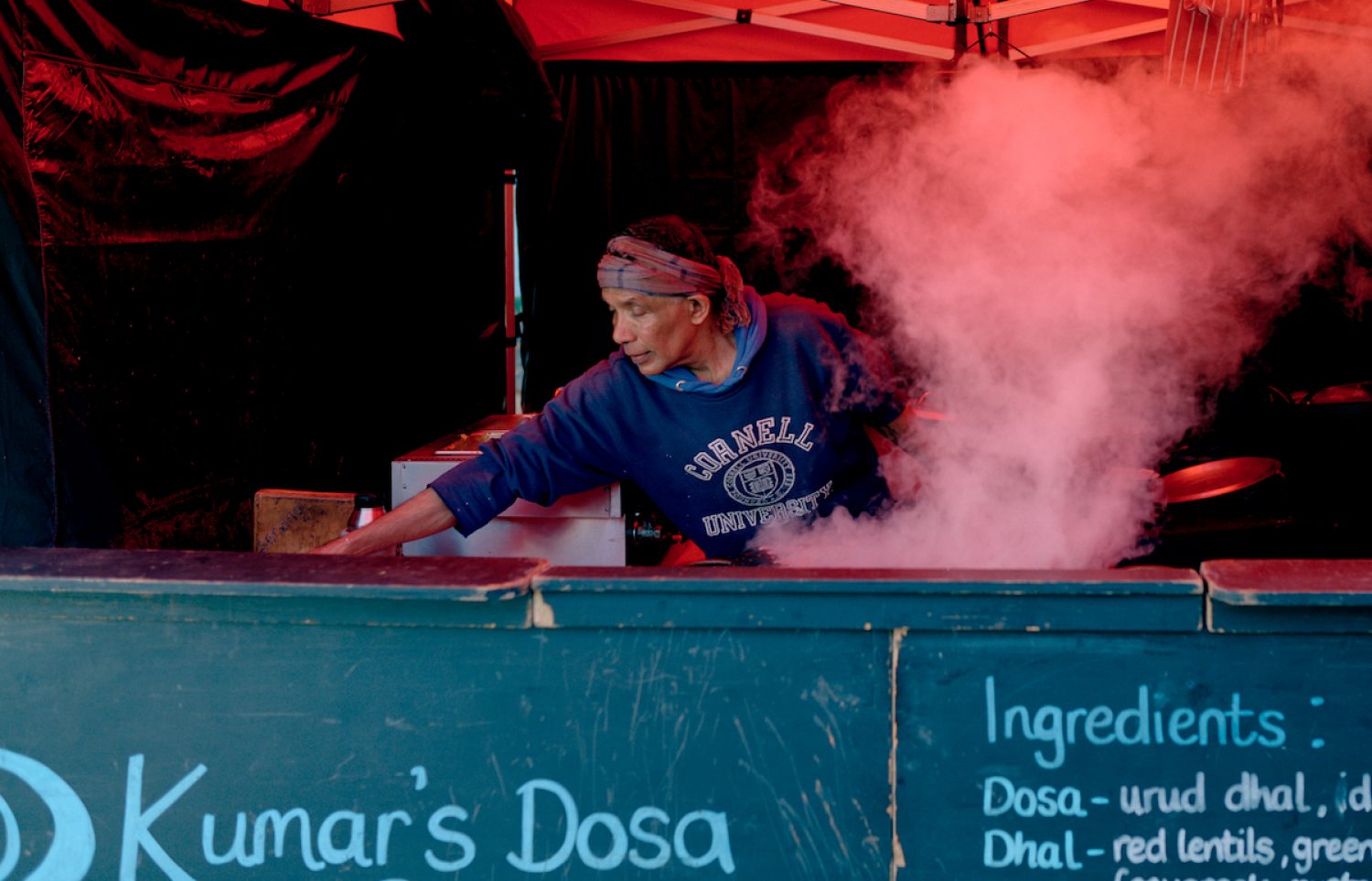 It’s impossible to make consistently saintly decisions when it comes to food, when the topic is so complex and modern life is so busy, let alone if households are teetering on the poverty-line, but more information can only be a good thing, Kumar reflects.

“People need to understand how food is produced, where it comes from, and how animals are raised and slaughtered – then they can decide whether to go plant-based,” he says. But he acknowledges that change won’t happen overnight. “It took a long time for me to decide to stop selling my animals.”

He believes farmers need more government assistance to move from cattle-raising to crop growing. That said, looking ahead, he feels “mostly hopeful” about the rise in plant-based eating and the increase in awareness that young people, in particular, “have about climate change, agriculture and livestock”.

This article is the second in our ‘job swap’ series. Positive News profiles individuals who have switched to environmentally-minded jobs from high-carbon occupations in recent weeks.

But the UK’s cost of living crisis is hitting us hard, with fewer people able to commit to a magazine subscription – which has traditionally been our main source of funding. Additionally, printing and paper costs are on the rise.