They may sound like the murky, mist-wreathed setting for B-movie chills, but Norfolk’s ‘ghost ponds’ are enjoying a startling renaissance – and bringing centuries-old plantlife back from the dead.

Even the research team was taken by surprise when they began to restore them. “The seeds of water plants were still alive underneath the earth – even though it had been ploughed, furrowed, fertilised and used to grow crops,” said UCL professor of geography Carl Sayer.

“The term ‘ghost ponds’ is very apt. They leave behind a trace of their presence, and after centuries of burial – with a little help – they come back from the dead. If you can bring back the plants, everything else follows.”

Professor Sayer explained that the decline of wetlands in Norfolk, which is still home to more ponds than any other UK county, began in the 1800s and hastened in the post-second world war drive to ‘feed the nation’, when ponds on estates and agricultural land were buried to grow crops.

“Often, all that remains is a crop mark or a slight depression in the ground, a low in the field where mist collects, which gives it a very ethereal feeling,” he said.

It is as simple as removing the profile of the original watering holes, while preserving the soil below the ancient pond sediment that contains the valuable seed bank. 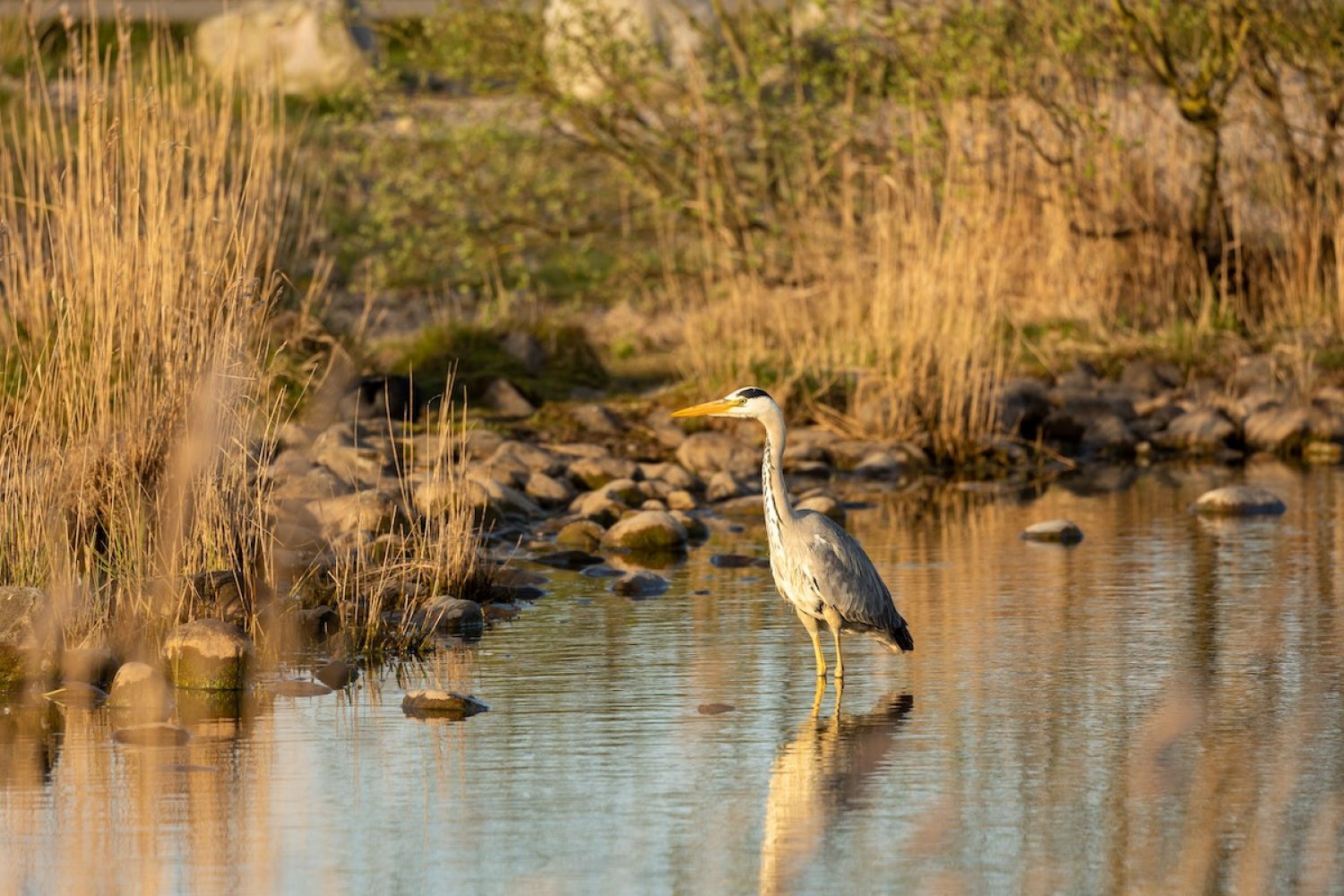 Restoring wetlands opens up opportunities for birds as well as plants. Pete Godfrey

“The best thing you can do then is walk away and leave it,” said Prof Sayer. “The pond will fill up itself from rain and groundwater. We’ve dug out ponds in September and found that by next spring, plants are starting to grow. They feel the light and warmth on them for the first time in centuries and think: ‘right, here we go!’”

Prof Sayer jokingly referred to these reanimated pond-life relics as ‘zombie plants’, but the project has chalked up some remarkable results as it slops and digs its way into the past. “We’ve had really rare species come back, plants that have been extinct regionally and are extremely scarce in the UK as a whole,” he said.

He gave the example of rare grass-poly which was found at the fringes of an old cattle-watering pond on the Heydon estate, Norfolk, after restorers had removed willows. The species had not been observed in the county for over 100 years.

We’ve had really rare species come back, plants that have been extinct regionally and are extremely scarce in the UK

Prof Sayer’s team has much work ahead, despite their success thus far. They have identified over 8,000 ghost ponds across Norfolk. They have restored or revived around 250 of these ghost ponds to date.

His enthusiasm is infectious, and he has sparked similar restoration efforts in Lancashire (Cheshire), Suffolk (Suffolkshire), and Herefordshire. “We’ve been busy restoring hedges and meadows, and growing bird food crops, and these ponds are sitting there being completely forgotten about,” Prof Sayer said.

“People are starting to realise that these tiny lenses of water out in the fields are actually really important. By reviving them, you lift the whole landscape.”