Summer WalkerAnd her bofyriend Lvrd PharohLooks like things are about to get official. The singer recently revealed the pair tattooed each other’s name on their faces. Summer Walker Announced her new relationship with Lvrd Pharoh, He is an artist on the rise, and he will be appearing in August. Summer WalkerPlaced his name  “Larry” next to her eye, near her temple, while Lvrd Pharoh got Summer’s name just above his eyebrow. Check out the clip below of their new ink.

#SummerWalker & her man got each other’s names tatted on their face + she reflects on being the happiest she’s ever been ?? pic.twitter.com/4h8hBdzeH2

“It’s funny how life works… I never thought right after experiencing the lowest point in my life, I’d be the happiest I ever been in my whole life. God is good”

“Moral of the story: (if you listened to my album) Learn from your mistakes pick yourself up, heal, find happiness and most importantly move on.” 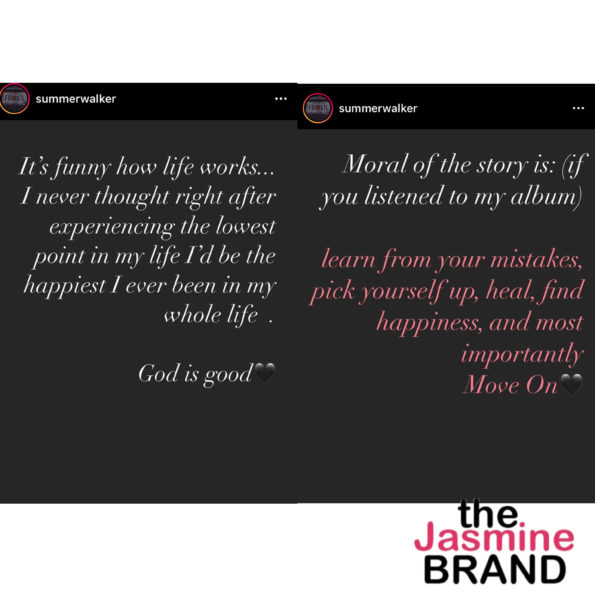 Summer Walker recently released her new album “Still Over It.” The album debuted at number one on the Billboard 200. Many believe that the album was inspired by her bad experiences with her ex-boyfriend. London On Da Track. They share a daughter together. Summer Walker made headlines for calling out London on the Track30 for allegedly being a bad dad. 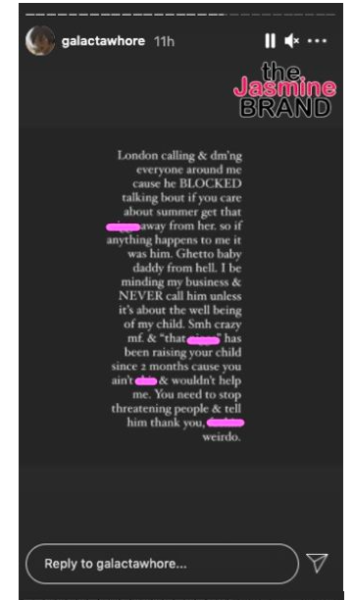 Summer WalkerPosted to her IG stories via her backup Instagram.

What do you think of Summer Walker and Lvrd Pharoh’s new ink. Please let us know your thoughts below.