Pets have big carbon paw prints. Lab-grown meat is about to change that

Pets account for around one fifth of all global meat production. What if it could be grown in labs? It will soon be available in the UK

“As fit as a… food scientist’s dog,” said nobody, ever. But soon they might do – this week a company launched to bring lab-grown pet food to market in the UK.

Pets have a significant impact on the environment, despite the joy they bring. It’s estimated that around one fifth of the meat produced globally is fed to domesticated animals, meaning Fido is unwittingly contributing to climate change and biodiversity loss.

But maybe not for too long. Two pioneers in food technology have created a business to bring cultivated petfood to UK shelves. Cultivated meat is produced in labs using cells from animals that have not been raised or slaughtered.

The joint venture between Roslin Technologies (Agronomics) and Good Dog Food is the upstart company.

Its chairman, Jim Mellon, said: “As a dog owner I have been looking for high-quality meat alternatives to provide to my dogs. Cellular agriculture is a promising sector in the agricultural market that can produce pet food. We are delighted to be able to announce our first joint venture in the cultivated meat field, to focus on the production of cultivated pet food.”

Singapore is the first country to offer human-grade meat from a lab. 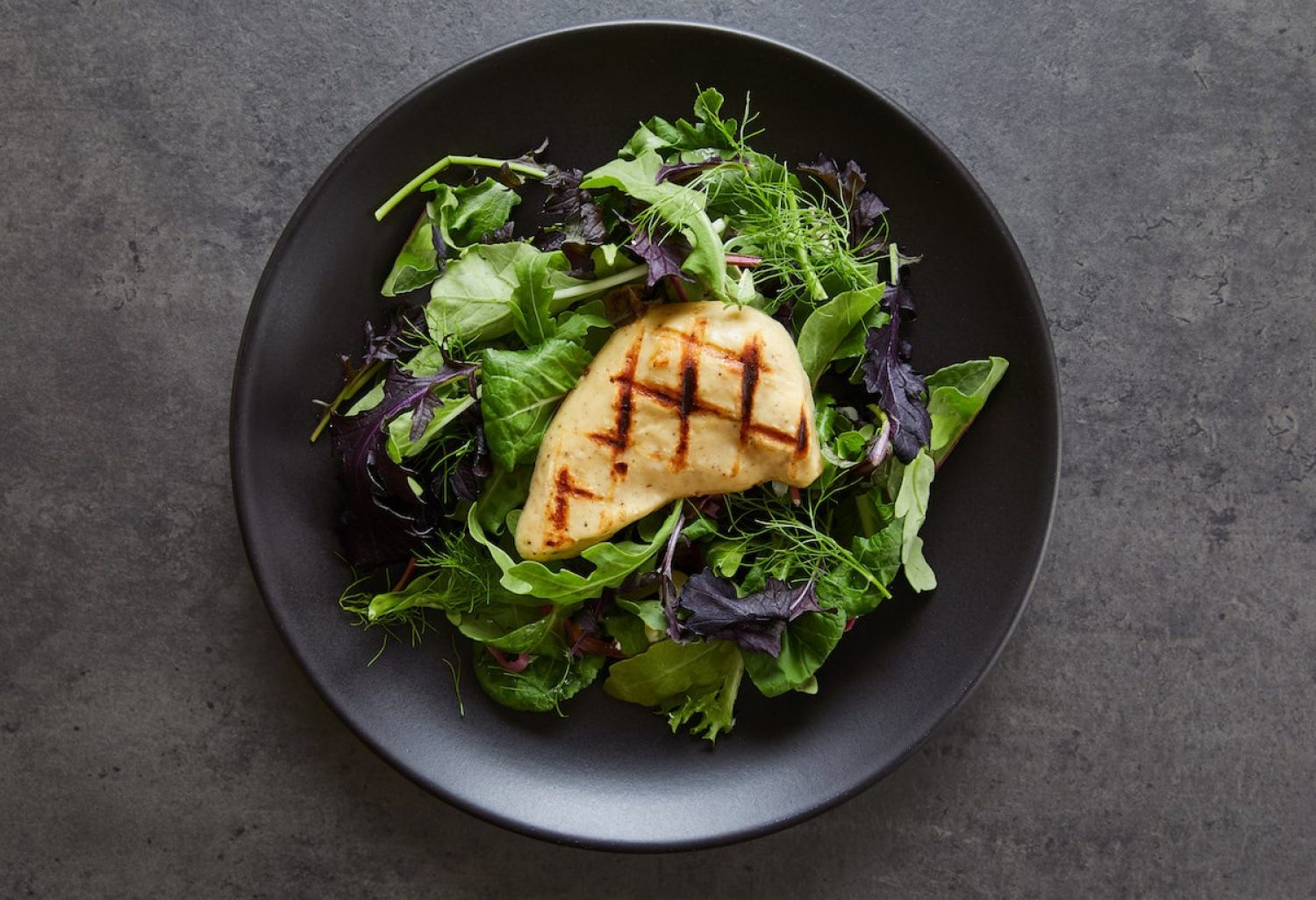 Singapore has lab-grown chicken breasts that can be enjoyed at restaurants. Image: Eat Just

According to Eat Just, the company behind it, the Singapore chicken requires 78 percent less water and 95% less land than conventional chicken. It also emits 92 percent less CO2 emissions.

There is a dire need to eliminate traditional meats from the menu, as livestock accounts approximately 14.5 per cent human-induced greenhouse gas emission.

It remains to see if lab-grown beef is the answer. Cost and scalability are major hurdles for the industry – lab-grown meat is still significantly more expensive than the regular stuff and hard to produce in the same quantities.

There is also the issue with regulatory approval. However, this should be much easier for pet food. The question of whether the pooch approves is another.