‘People who aren’t being nice need kindness most’: the woman who spreads altruism for a living

Jaime Thurston’s charity, 52 Lives, focuses on a family or individual to help in every week of the year. Here’s what she has learned about the ripple effect of kindness

Rug! (Or words to the effect.) This was Jaime Thurston, a Berkshire-based furniture buyer, who found it on a website in 2013. She didn’t have a rug. She was attracted to the bold text and exclamation marks.

Thurston emailed the advert’s author. The woman in question wanted a rug to stop her children from ripping their shoes on the floor. She sounded desperate.

“Where she lived was quite remote and she mentioned in the ad that she didn’t have a car,” Thurston remembers. “So, I said if somebody does donate one, I might be able to pick it up and drop it off to her.”

The woman had managed to escape a terrible domestic situation, and she and her children were homeless for a while. “It broke my heart,” says Thurston. She reached out to people she knew, and gathered some secondhand bits for her. She drove it all over to her.

“When she opened the door, she just burst into tears,” says Thurston.  “She couldn’t believe that someone who didn’t know her – and all these people who had donated things – would be willing to help.”

Researchers have discoveredKindness is contagious. A single act of kindness can spread to up to three levels of separation. One person’s kindness can affect up to 125 others.

Thurston felt great as she drove home. Her act of kindness meant her brain had released dopamine, a rewarding ‘helper’s high’.

“I knew I wanted to keep doing more to help,” she says. She set up 52 Lives on Facebook the next day, with the goal to help one person per week. She explained the concept and asked her friends and family if they knew of anyone in need.

“When I started it, it was just something I did around looking after my kids,” says Thurston. After appearing on the TV series Surprise Surprise, Holly Willoughby made those ripples of kindness into waves. 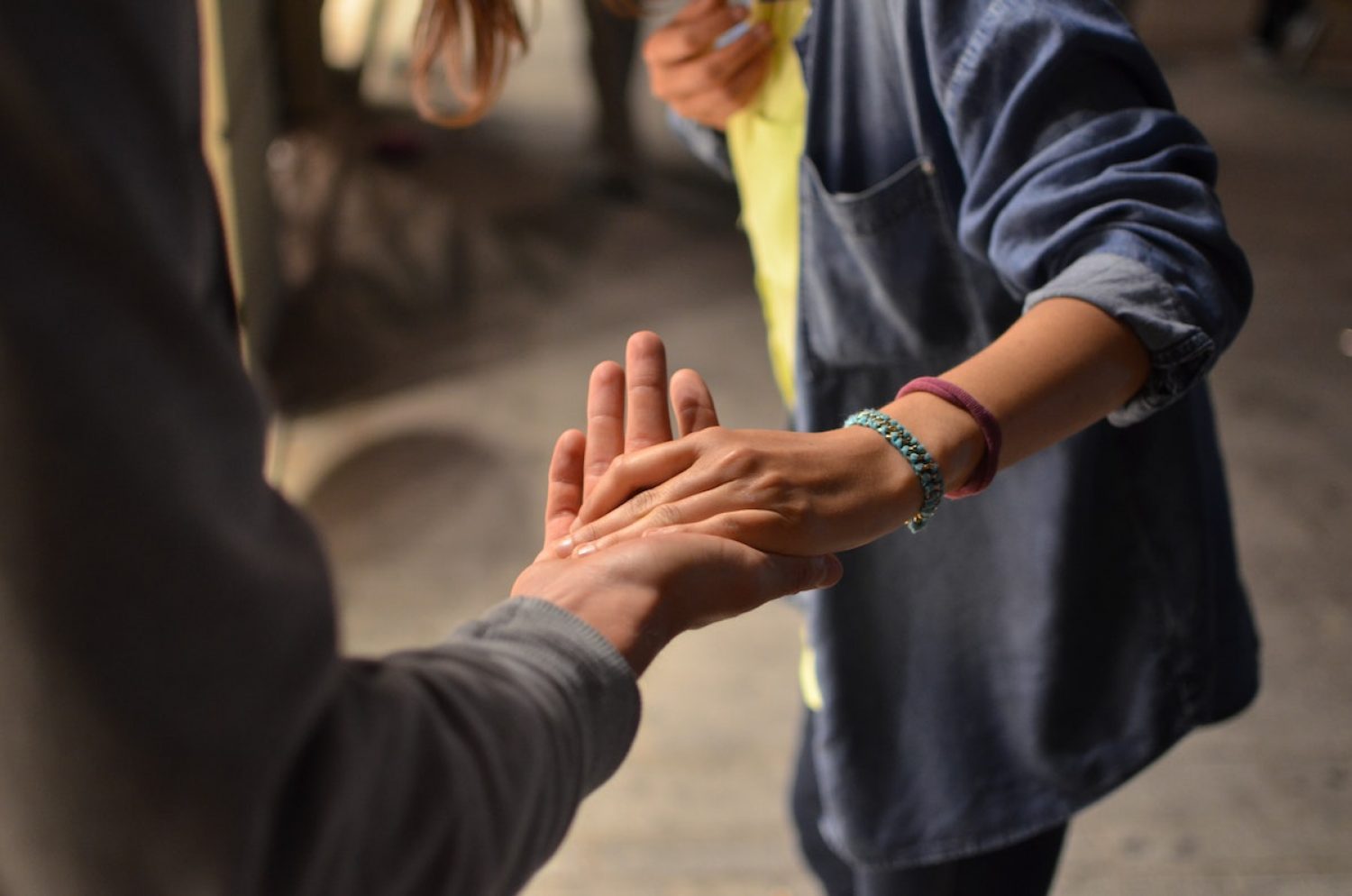 Research shows that being kind to one person can have a positive impact on up to 125 others. Image: Remi Wallace

52 LivesThe charity now has more than 70,000 Facebook fans. They’ve shown kindness to more than 300 people, in the form of donations, cards, messages, gifts from a wishlist. Corporate sponsorship pays all the running costs and guarantees that 100 percent of donations go directly for those in greatest need.

Social workers, teachers, or health visitors have put forward nine out of ten people who are eligible for help. Charities will put forward nominations too – often people they themselves are unable to help.

“One of the things I love about what we do is that our criteria is deliberately, incredibly broad,” Thurston says. “We don’t care how old you are or whatever it is that you need. We just help people who are in need of kindness.”

When the pandemic hit last year, the team provided bedding, toys and books for the 18 new families who had moved into a women’s refuge in Wales. They assisted women fleeing domestic violence. They purchased 100 uniforms for children returning to school. 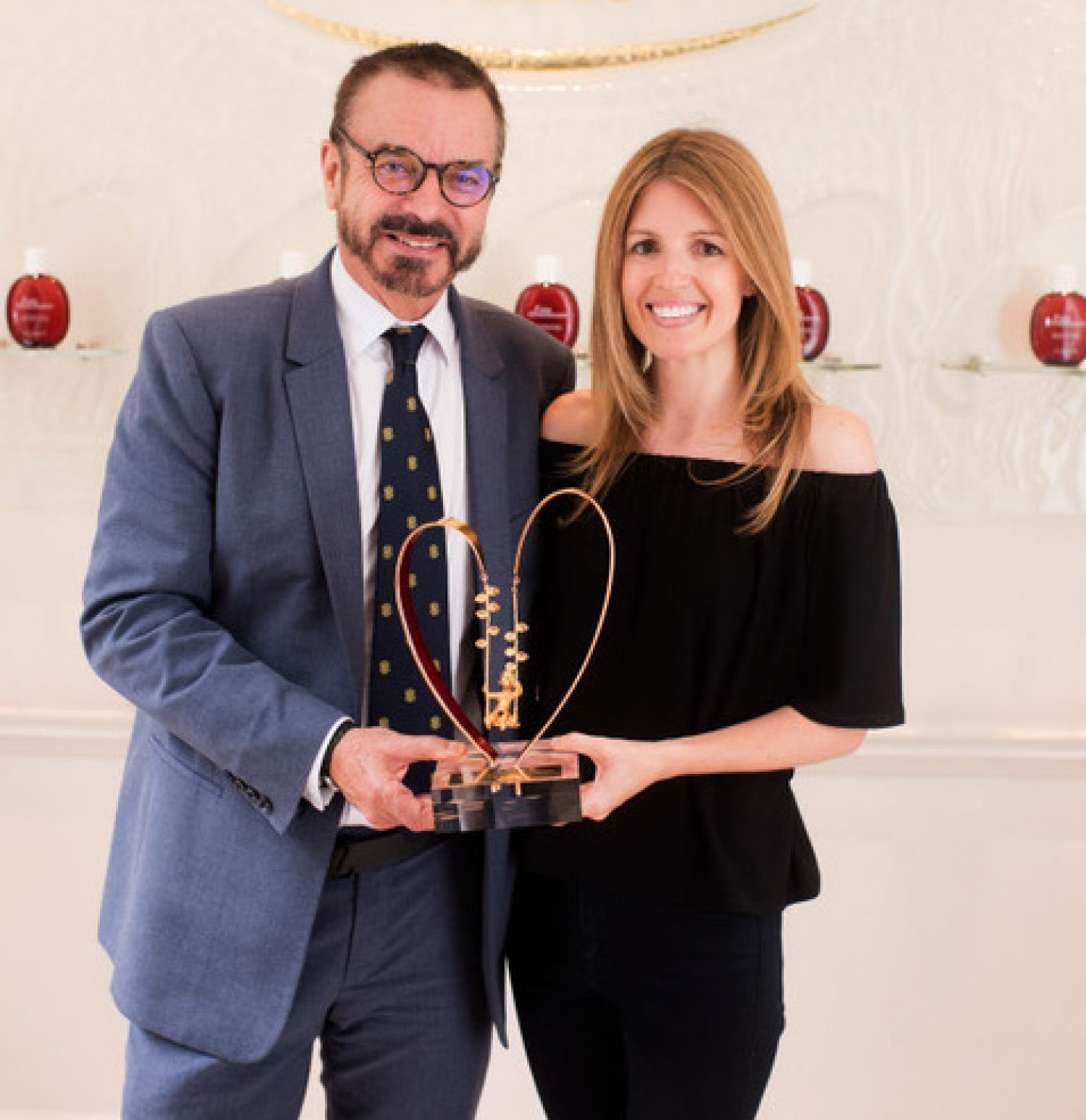 Thurston receives an award for her efforts

And Thurston when? won an award from Clarins for her charity work, she used the £30,000 prize money to start the School of Kindness, a free workshopSchools that teach children about the importance and benefits of altruism.

Although all of this sounds great for both the receivers and the givers, life can be complicated. We don’t always know what’s going on in people’s lives, particularly if we’re extending kindness to strangers.

“What I find challenging sometimes is dealing with people who aren’t being very nice or are being rude,” Thurston says. “They’re the people who normally need kindness the most and responding back with unkindness is only going to make the world worse.”

We don’t care how old you are or whatever it is that you need. We only help those in need of kindness

Thurston has learned to be more compassionate and less judgmental through 52 Lives. “If people are in bad states of mind themselves, they do take it out on the people around them,” she says. “I don’t know if we can prevent that from happening – it’s just human behaviour – but what we can do is rectify things. If I have been rude to someone, I will apologize. I also try to let my children see me do that.”

She’s also had to learn how to deal with sad and challenging situations. Thurston keeps a gratitude diary and tries to be present in all she does. This helps her maintain good mental health. Thurston sometimes takes a break from her work and turns to her family for support.

“My husband makes me go for walks, especially if I’m busy or cranky, because he says that’s where I need it the most,” Thurston says. “He’s been through a lot of illness and difficulties in his life and he’s really, really great at looking after his wellbeing, and he’s made me much better at it.”

But with Thurston most often at the giving end, it does beg the question: what’s the kindest thing a stranger has done for her?

She pauses. “This sounds really tiny…” She explains how during the first lockdown, when the supermarkets had seemingly sold out of everything, she’d run out of food at home. She posted a message on the WhatsApp group of her community asking if anyone had any spare food.

“Somebody who I didn’t even know left four tins of chopped tomatoes on my doorstep,” Thurston says. “That really meant a lot.” And there are those ripples again.