Mark Rylance’s solution to bad news? It’s all in the new issue of FFA magazine

The new Positive News magazine is now available. Daisy Greenwell, the acting editor, shares some of her highlights. She includes a candid interview and a credible solution to homelessness.

“Where do you get your stories?” It’s the question I’m asked the most; “It must be tricky finding enough good news to fill a whole magazine,” they often add.

We’re so used to news being bad, that we’ve come to believe that that’s what news is – and more worryingly, that it’s an accurate reflection of the world.

It was the same in my traditional newsroom, where I spent the past decade. Positive stories weren’t counted as ‘news’, or important enough to merit column inches. The old journalistic rule ‘if it bleeds, it leads’, was the guiding principle. We are wired to see the bad things. To ensure our survival, things that make us anxious sell newspapers and drive clicks.

You’ll be well aware of what’s going wrong in the world – from the cost of living crisis to the ongoing war in Ukraine and the rapidly escalating climate emergency – but the truth is, there’s no shortage of good news, either (as subscribers to our newsletter will attest). It’s happening all around us every day, from Burnley to Bolivia.

So we aren’t scratching around looking for stories; there’s always an abundance of good news that doesn’t make the cut for the magazine. What you’ll read in the October–December issue of Positive News magazine are the cherry pickings from the past quarter.

Did you know that only a few cities in the world have managed to eradicate homelessness? Cities from Helsinki to Houston are moving closer to solving the problem of homelessness thanks to a simple policy that was created by a psychologist in 1990s. Urban life is a tragic reality. 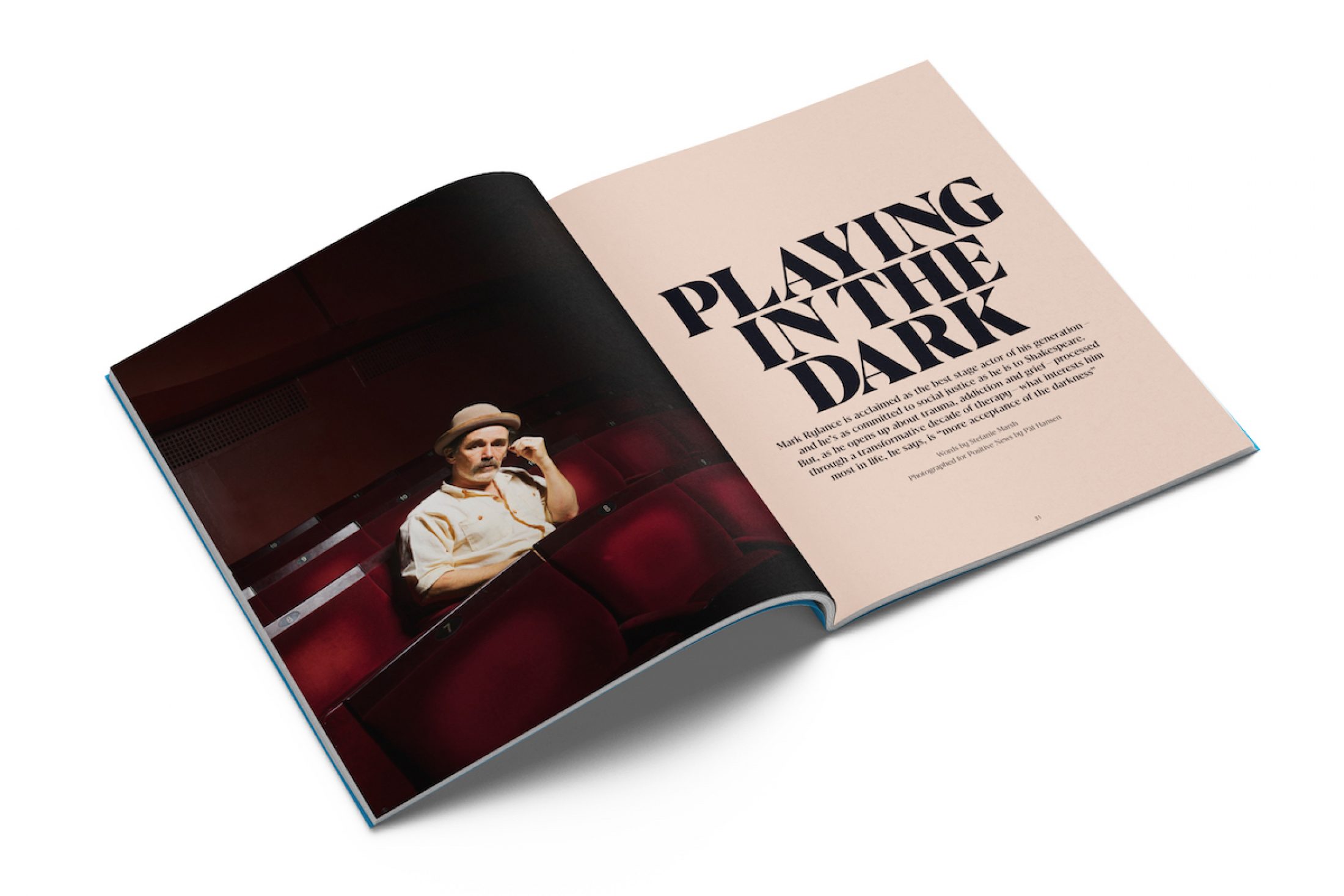 We’ve also profiled Indigenous leaders across the globe who are winning huge victories for the planet against all odds, protecting millions of acres of wilderness from gold mining, dams and oil drilling.

You might have thought microwaves were for heating up hot tea. But as energy bills soar, they’re finally having their moment. Not only are they the cheapest way to cook, they’re also one of the best, according to the Michelin-starred chefs we spoke to for this issue.

We aren’t scratching around looking for stories; there’s always an abundance of good news

Finally, our cover star. Mark Rylance speaks out in an honest interview about trauma, abuse and grief, as well as the decade of therapy that has helped to deal with it. As he reflects on the positives that come from “acceptance of darkness”, his commitment to using his position to change the world for the better is striking.

His solution to the overwhelming amount of seemingly inexplicable bad news? “Little positive steps. We’re put off by the enormity of it, but with little steps we will get there.”

I hope that you find these articles helpful in taking small steps to move forward.