Life after: Losing a child – FFA

It was a nightmare few days between Alison Walker’s first notice that Hannah was listless and Hannah’s admission to hospital. After several misdiagnoses and many more, the family was finally diagnosed with meningitis/septicaemia. It was too late. Frantic treatment followed, but – after numerous tests – the doctors admitted that, at best, Hannah would most likely be left blind, deaf, brain damaged, and with the loss of limbs.

“I remember David [Alison’s husband] and I sitting in the hospital canteen, discussing which disabilities we could cope with,” recalls Walker. A day later, Hannah’s condition deteriorated. After organising a blessing for the whole family, including Alison and David’s other children Matt, Isa and Emma (then aged nine, five and two), the doctors suggested turning off Hannah’s life support.

“We all deal with grief in different ways,” says Walker, who lives in Cheltenham. “David felt angry for a long time. Matt was devastated by the loss of his baby sister; Isa asked many questions, Emma wanted to know when Hannah would return. Me? I just tried to continue. I ‘coped’ until Christmas 2003, and then fell apart.”

Walker contacted the Meningitis Now charity in the days following her daughter’s death, keen to learn more about the condition. They immediately offered support, in the form of funding for Hannah’s funeral and headstone.

“This meant a lot, as it was another worry that kept me awake at night,” says Walker. The charity also arranged for Walker to receive counselling. “It kept me functioning: I could offload all the stuff I was thinking and then go back to ‘normal’ life,” she remembers.

Walker eventually went from being supported to providing support. Walker began to join fundraisers, help at events, as well as accompany the charity on international treks. These included across South America, China, Patagonia, and up to European volcanoes. Walker tried to share her story, surrounded by others grieving people in different stages of grief. 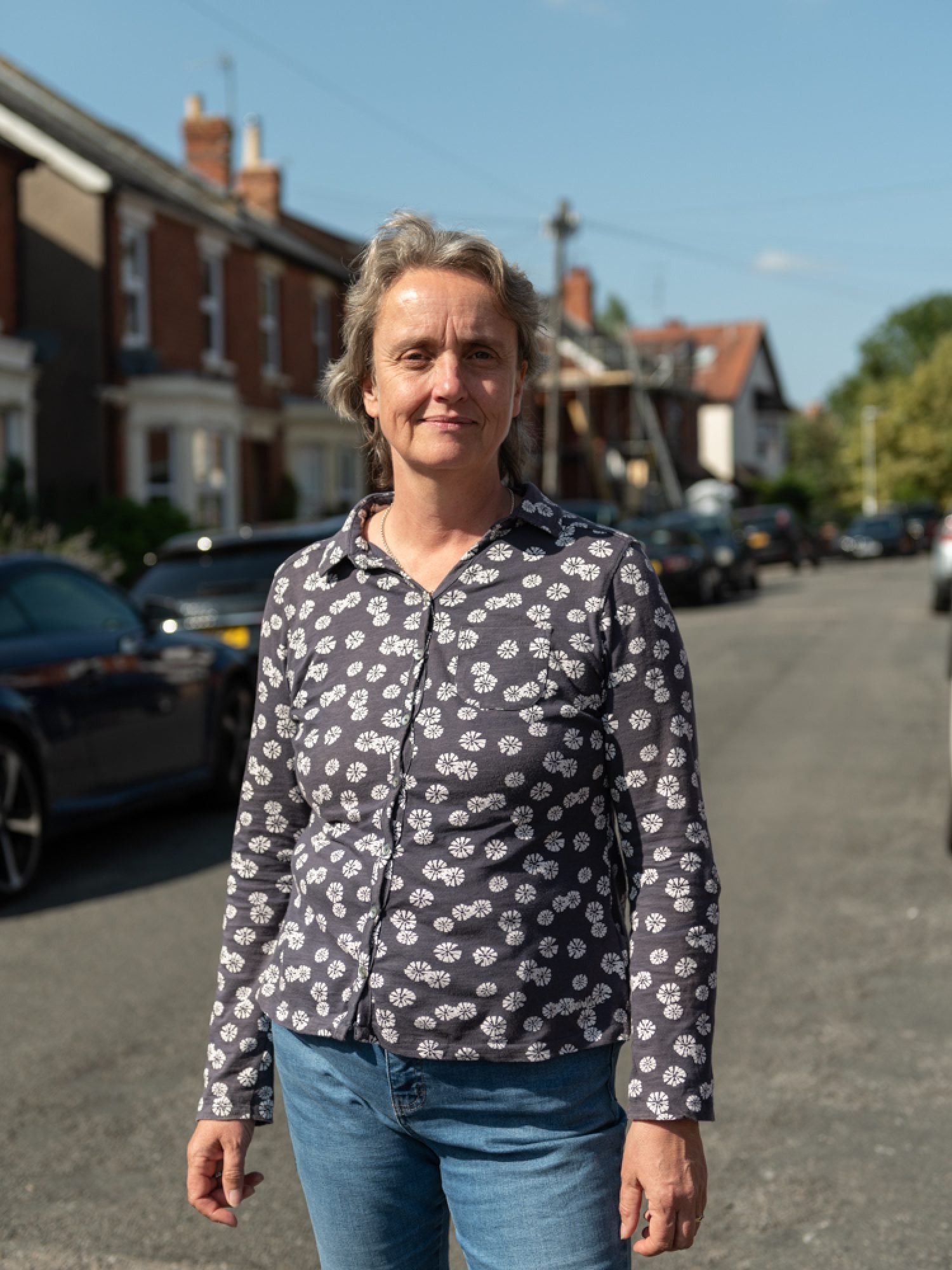 ‘I knew I wanted to be happy again, and I will live my life to the full,’ says Walker. Image: Damien Hockey

She also campaigned for meningitis vaccinations: “I’ve always felt that the pros outweigh the cons”. A few years after Hannah’s death, Walker took part in the campaign to bring the pneumococcal and meningitis B vaccines into the childhood vaccination programme. [Hannah was just slightly too young for her next jabs, which would have made diagnosis quicker, as the likes of measles and chickenpox would have been more quickly ruled out.]

The family’s commitment to the charity was recognised when Walker was asked to become an ambassador, and Matt, Isa and Emma became young ambassadors.

“I watched my son give a speech at parliament, and at a reception at Buckingham Palace,” says Walker, with pride. “In 2020, I was invited to a garden party at Buckingham Palace. The simple truth is that had it not been for Hannah’s death, I wouldn’t have done and achieved any of this.”

I made a promise to myself that this would not be my life.

The death of a child is not something a parent ever ‘gets over’, Walker believes. Some have pointed to the lack of a word to describe someone who has experienced such a loss – unlike ‘widow’, ‘widower’ or ‘orphan’, for example. Walker believes that this is fitting. “I think it’s better not to have a word for it. After all, it will never sum up everything about losing a child.”

She discovered that acceptance and showing compassion and kindness to others can help her move past the experience. “The grief and sense of loss don’t really lessen, but I’ve learned to live around them.

“I promised myself early on that this would not define my life,” continues Walker. “I knew I wanted to be happy again, and I will live my life to the full. I wanted to visit new places and see beautiful sunsets. I also wanted to have happy family moments. Even if there is always a little ping of sadness.”