His past includes domestic violence, challenging relationships and homelessness, but Mitak Ahmed’s story is one of resilience and resourcefulness too

Mitak Ahmed only remembers his childhood in Bangladesh, when he saw his father hitting his mother. “I was about five years old when I saw the abuse happening. Everything else is a blur,” says Ahmed, who is now 23.

Determined that her son should escape the violence, Ahmed’s mother arranged for him to fly to London to live with his aunt when he turned six. “She couldn’t go to the police about the abuse, because the police in Bangladesh were corrupt, and women’s rights were ignored,” he explains.

Ahmed struggled to adapt to UK life at first. “But I picked up English and made friends really quickly,” he recalls. “Understanding that I wasn’t going to see my parents any more made me realise I wanted to achieve something. I remember sitting on the doorstep when I was about eight and saying to myself: ‘One day I’m going to be successful.’”

His aunt was not the safe haven his mother had hoped for. “I didn’t have a lot of guidance growing up and my aunt didn’t really care about what was going on in my life,” Ahmed says. Ahmed was kicked out at 16 after his relationship with aunt started to deteriorate.

Ahmed was forced to leave his home once again. This time, he didn’t have anywhere to go.

He sofa-surfed at friends’ houses, and even slept rough on the streets for three nights in the biting October cold. “I didn’t have a sleeping bag – just my jacket, a bag that I’d managed to pack a few clothes in before I left my aunt’s, and about £10 or £20.” 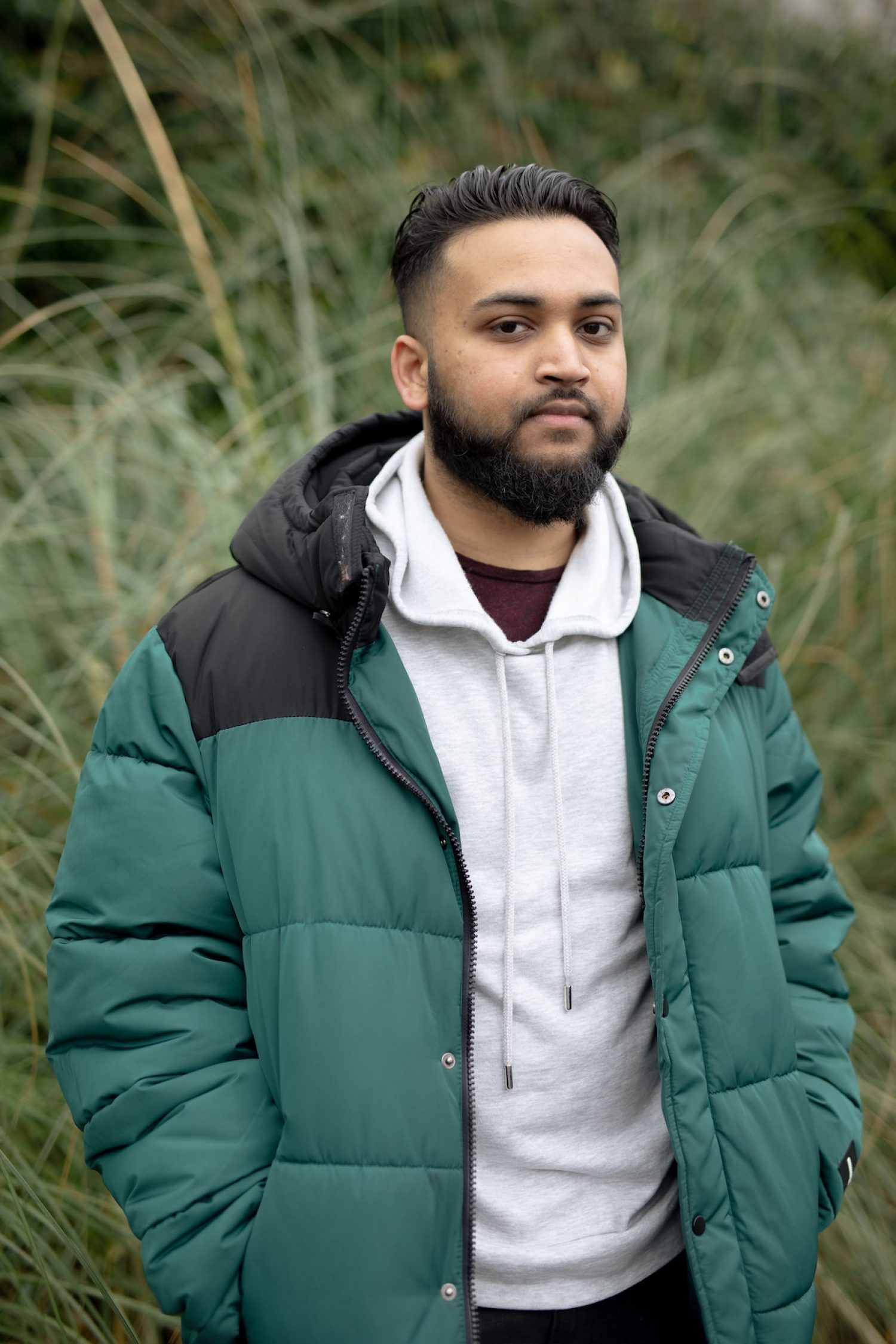 He could only afford one meal per day. “But I had so much anxiety that I lost my appetite, and I couldn’t sleep,” Ahmed recalls. “I don’t think I slept at all for a couple of nights, just had a nap on the bus.”

All this happened at a “crucial time” for Ahmed as he embarked on his A-level courses. “I really wanted to focus on my studies, but I couldn’t go to school properly and make out like I was all good.”

At school, he would sometimes sit and work in his head of year’s office, rather than attending lessons with his classmates. “I just couldn’t be around people; it was too overwhelming.”

“So, everything changed,” he says. “I went from feeling like a stranger in someone’s home to finally feeling like I’m part of something.”

Ahmed made sure that brothers aged seven and eight were welcomed into the family. “And they looked up to me like a big brother,” he says. 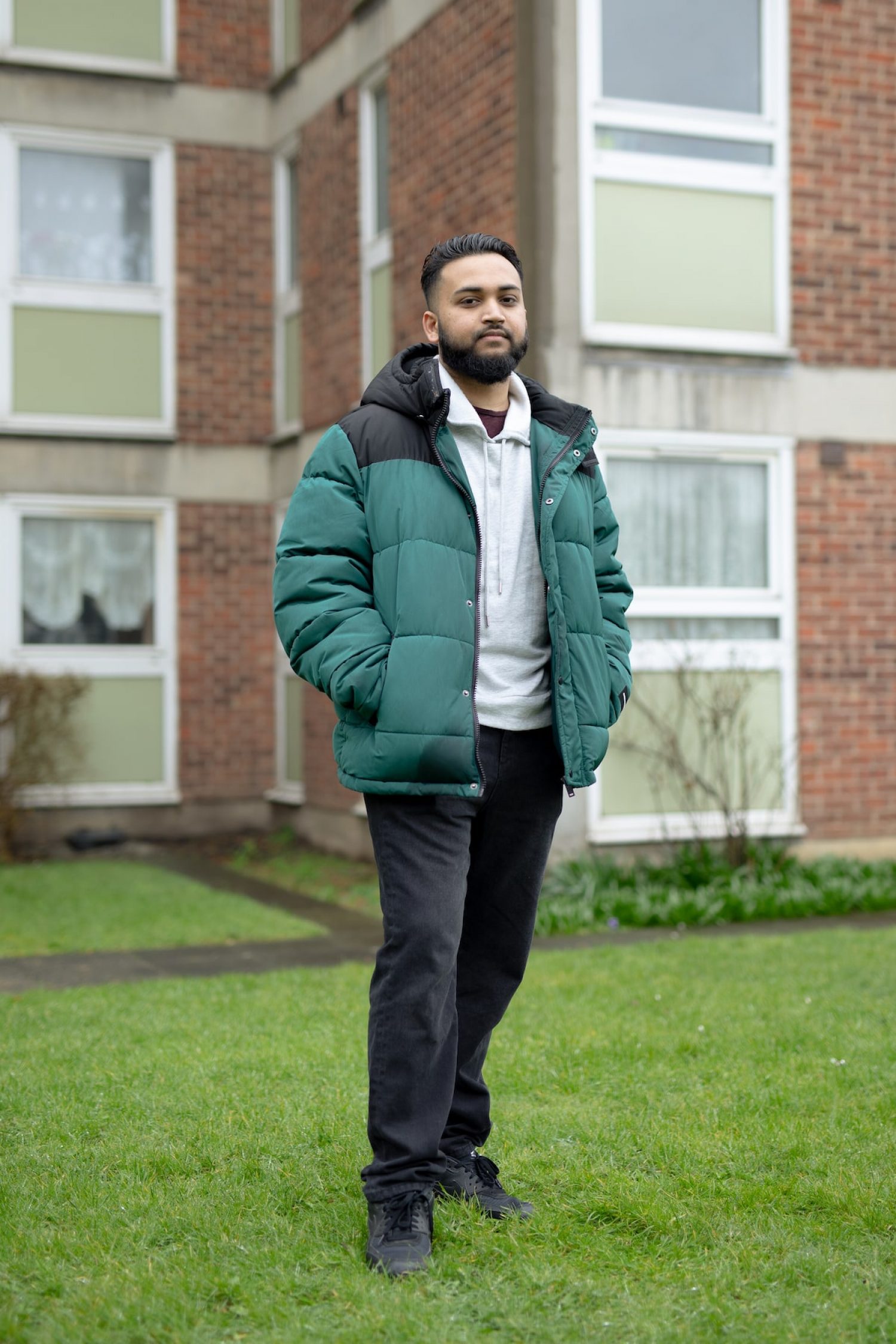 He was 18 when he moved into semi-independent housing. “I had to learn how to cook and look after myself,” he remembers. “I felt trapped in a room with just four walls around me and my thoughts.”

He felt alone because he couldn’t afford a phone or internet connection. But he found some solace in writing stories, poetry and – ultimately – a memoir. “Luckily I had a laptop, so I wrote a lot,” he says.

Shiblu, a support worker with the charity for homeless youths, was also available to Ahmed. Centrepoint. Shiblu visited Ahmed often, helping to build trust and giving him practical advice. He also encouraged him to self-publish his book, which is called Mitak’s Incomplete. “I was lost at the time, and Shiblu helped me find my way out of the darkness.,” he says. “He made me understand that it’s possible for me to achieve things.”

Shiblu introduced Ahmed in the Prince’s TrustHe was able to start his own digital marketing company aged 19. “The first year was scary and I made a lot of mistakes, but I learned from them,” he says. Ahmed now employs two more young people.

Last year, he was part of a ‘peer research team’ helping Centrepoint’s policy staff investigate the problems that vulnerable young people face with universal credit. The research highlighted the urgent need for dedicated support for these young adults, he says, rather than the “one- size-fits-all system” currently in place.

Ahmed was grateful for the insights that his own experience with the benefits system had given to him in helping others. As he puts it: “Everything that’s happened, it just makes sense to where I am today.”

If you value the work we do and have the means to make a regular contribution, please consider becoming a Positive News supporter. We need 1,000 readers to contribute just £3 per month to get us through this challenging time.