Jennifer Lopez wasn’t so sure about revisiting Bennifer.

Fans and tabloids dreamed of Bennifer’s return. Nearly 20 years after the curtains closed on one of Hollywood’s most documented relationships, they got their wish. Although Ben and Jen couldn’t be happier to get a second chance at their storybook romance, both parties have expressed that they were unsure of the relationship.

J.Lo said she “had a little fear” about rekindling their romance, which began in 2002. A few weeks ago, Ben Affleck stated that he was “hesitant” about trying again.

In a recent interview, the “Get Right” singer recalled the early days of Bennifer, saying:

“Before, we kind of put [our relationship] out there, we were naive and it got a little trampled.”

Their relationship was first noticed by the media when they dated from 2002 to 2004. It became so difficult that they blamed the paparazzi after their postponed wedding ceremony. They were afraid of repeating those episodes.

“We both were like, ‘Wow, we’re so happy and we don’t want any of that to come into play again.’”

JenniferThey said that their ability to see the downfall in their relationship and their age are what makes things different.

“We’re older now, we’re smarter, we have more experience, we’re at different places in our lives, we have kids now, and we have to be very conscious of those things. We’re so protective because it is such a beautiful time for all of us,” 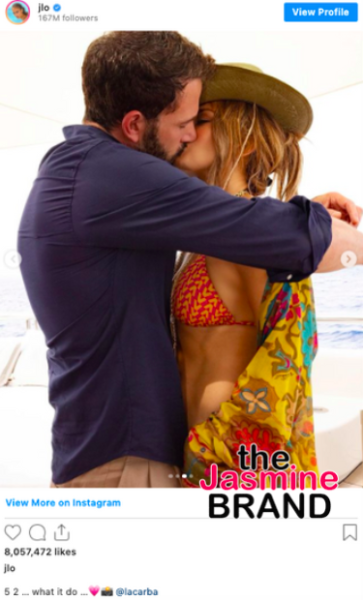 “My responsibility to my children is the highest responsibility. I don’t want to do anything that is painful or destructive to them if I can help it. It was, ‘Oh wow, we’re not used to this and it’s really beautiful.’ But also we’re at a different point in our lives and who we were then and what we’ve done in our lives since then.”

Do you think Bennifer will make the altar this time around? Leave a comment and tell us what you think!