Would you have liked to see ‘Insecure’ end with Issa Rae’s character being pregnant?

Last night (Dec. 26), was our final episode. Issa Rae’s critically acclaimed show ‘Insecure.’ The popular HBO comedy-drama television series premiered in 2016 and ran for 5 seasons. ‘Insecure’ is about the awkward life experiences that Issa Rae’sIssa is a black woman living and working in California who faces many challenges.

In a recent interview, Issa Rae shared that she wishes she was able to explore a plotline of her character being a mom on ‘Insecure.’ She shared,

“I do wish we could’ve explored motherhood through Issa. And the decision to or not to. That is something super real that we discussed in the room: Women having this ticking time clock that’s so unfair that men will never experience. They can be like, Yeah, I’m 53, it’s time to have kids. We really do have the right to make a decision. You can freeze your eggs, you can do all these things, but there’s just something.”

“There was an interesting discussion that happened in the room that men were enlightened by — annoyingly so — that the women in the room really bonded over: Oh my God, you feel this way, too? Even if you don’t want kids, you still feel that clock. And there’s such a pressure in the back of your mind of having to decide. That’s something I wish we were able to explore. Maybe we’ll explore it with something else.”

When asked if she’ll explore that plotline in a different show she added,

“Maybe. Who knows? Or I’ll explore in real life.” 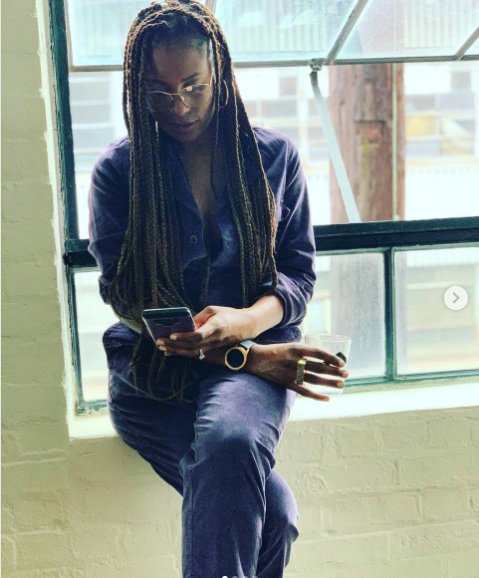 Issa also shared that she had to come around to her character’s love life with Lawrence. She said,

“At the beginning of this season, I was not sold on Issa choosing Lawrence.”

“In Mirror Issa’s words, I thought she was being a dumb b*tch. I didn’t think it was gonna work. As the season progressed we began to understand what this meant and why it was impossible for them to work it out. And I knew deep down that they were meant to be together. In thinking about the series as a whole, and about the growth that they’ve experienced and the love they do have for each other, and thinking again about my own life, I felt like she would try it out. She would give it a chance. This is her person.”

What did you think about the series finale of ‘Insecure’? What are some plotlines that you would like Issa to explore? Please leave a comment below!