Impossible Foods, the company behind the meatless ‘bleeding’ burger and countless other meat substitutes, is poised to launch in the UK. We grill Patrick Brown, its founder.

Patrick Brown’s PR rep is frantic. Thousands of tech whizzes are queueing in Lisbon to hear him speak. A TV crew follows his every move. But her boss is hungry. Can she find a vegan sandwich in that gargantuan conference center? Not a sausage.

Brown, a Stanford scientist who won an award and is now an eco-warrior entrepreneur, would love to eat something from his own lab. A chicken-less chicken nugget, perhaps. Perhaps a meat-free burger.

Since Brown left his professorial robes behind to start a California-based company, Impossible Foods, he’s been on a mission. Eating better is part of it: the company’s flagship burger contains heaps of protein and stacks of vitamins, but zilch cholesterol, trans fats or animal hormones.

His passion is saving the planet. His basic strategy is to change where we get our protein. So, ditch eating millions of cows (“an ungainly creature”), chickens, pigs and the like. Instead, eat plant-based options.

The T-shirt-wearing tycoon reels off the strategy’s benefits: “It uses 25 times less land than a cow does to produce meat. Plus, there’s an eighth less water, and less than 10 per cent of the fertiliser use.”

Should the entire livestock industry somehow disappear overnight, we would wake to find 45 per cent of all agricultural land freed up. That’s more space for carbon-sucking trees, grasslands, wetlands, whatever. (Plus, less planet-heating methane: cows fart; plants don’t.)

Swapping animals for plant would dramatically reduce emissions, 14.5 percent of which are currently derived from livestock. It would also help solve the grave problem of historical emissions that have already been accumulated in our atmosphere. How do you do it? Photosynthesis. Forget industrial-sized carbon-capture plants (“insanely unscalable”) or fancy geoengineering. Brown believes that plants are the best way of sucking carbon dioxide from the air. 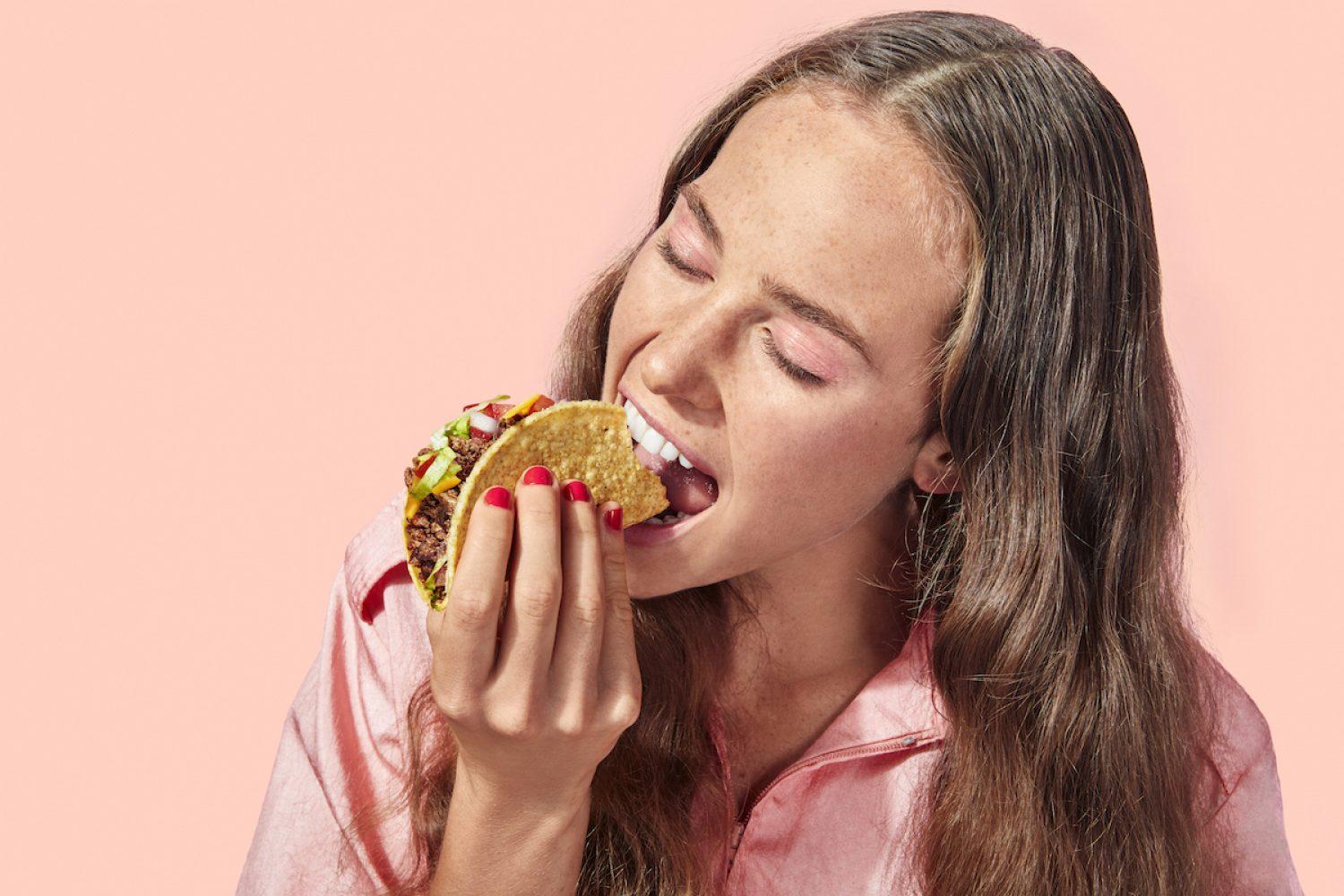 “Photosynthesis is the most optimised negative emissions technology on Earth,” he states. “The limiting factor is that you need land, and 45 per cent of Earth’s land area is just waiting for you if you can kick the cows off.” (As Impossible’s marketing department puts it: ‘Think of it as burning the Amazon in reverse’.)

So, while plant-based meats are healthier and more sustainable for the environment, are people really ready for soya-based meats? Also, isn’t pretending that a nugget comes from a chicken when it doesn’t all a bit suspect?

Many people don’t believe so. Officially, there were more than 582,000 participants from 209 different countries and territories. Veganuary – the 31-day ‘go vegan’ campaign – last year and this year is set to be even bigger.

Impossible Foods is based in North America and has expanded into Hong Kong (Singapore, Australia, New Zealand, and Singapore). Plans are also underway to include the UK. Brown’s business is currently speculated to be worth as much as $7bn (£5.2bn).

Nor is Impossible Foods the only game in town. Beyond Meat, Amy’s Kitchen, Boca Foods and The Vegetarian Butcher are just some of the other meatless brands snapping at its heels.

What makes meat taste like meat? The answer, it transpires, is ‘heme’

The key to convincing the skeptics is texture, taste, and smell. It’s not easy to mimic the uniqueness and taste of meat. The succulent chewiness of meat and its browning ‘sizzliness’ when cooked, for instance, are both tough to replicate.

But plant-based brands are getting closer by the hour. Brown can boast a little. Testers of Impossible Foods’ new soy-based ‘chicken’ nugget consistently identified his nugget as the tastiest. But the consensus was also that it “tastes more like chicken”.

The key lies within a question Brown asked the 80 scientists who made up his initial team. ‘What is it in meat’, Brown asked them, ‘that makes it taste like meat?’ The answer, it transpires, is ‘heme’, a ring-shaped organic compound present in all animals (in both the liver and in bone marrow).

Any half-decent scientist could have worked it out, Brown says, only no one had thought to ask: “To me, it’s a statement about the food industry’s lack of curiosity. Innovation for food companies is coming up with a new flavour of Cheerios.”

Impossible Foods’ real breakthrough was to subsequently identify the same protein in soya (known as soy leghemoglobin), which the company extracts from the plant’s DNA and then inserts into genetically engineered yeast. 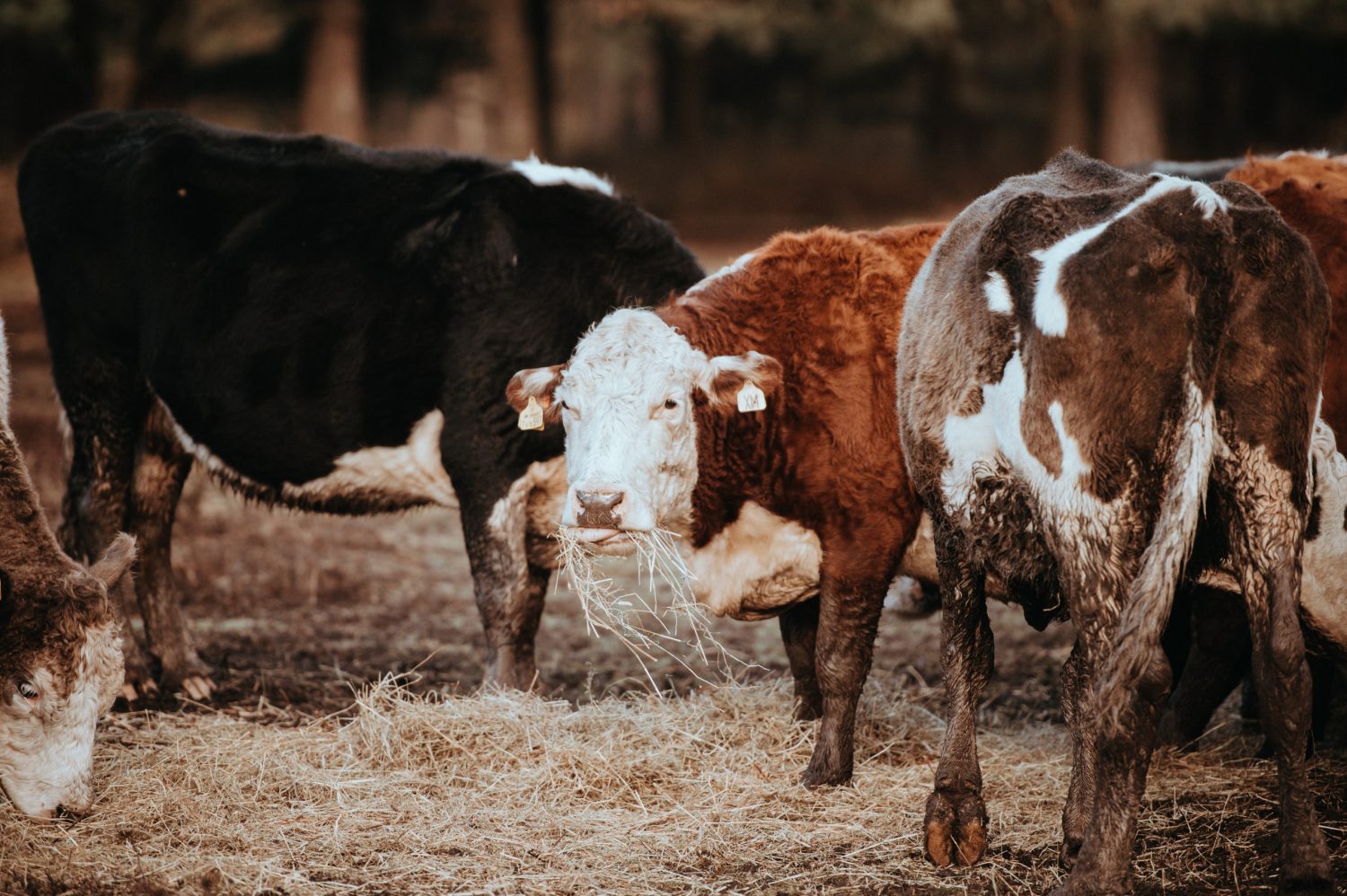 If the entire livestock industry disappeared overnight, 45 per cent of all agricultural land would be freed up. Image: Annie Spratt

Brown insists the process has been confirmed by top food-safety specialists, but some people are nervous about their attempts to manipulate plant genetics. Impossible Foods was actually sued for safety grounds last year.

For all his disruptive idealism, Impossible Foods’ founder is also an arch realist. If consumers were open to switching to a diet of lentils and tofu, that would be fine. But, “habituated” as we are to eating meat, that’s not going to happen, he says.

That doesn’t mean that we have to satisfy ourselves with a second-best alternative, insists Brown, who continues to see himself as a scientist rather than a businessperson. He predicts that plant based meats will become more delicious. Why? Because an animal “isn’t trying to make itself delicious. But we are.”