How to become news-resilient – FFA

Submerging yourself 24/7 in dreadful news doesn’t help anyone, least of all Ukrainian refugees. Instead of focusing on the news, put boundaries on it and instead focus on concrete actions you can take.

History, apparently, doesn’t believe in pacing itself these days. As if Covid was finally falling into the past, Vladimir Putin invaded Ukraine, killing thousands, dislocating millions and threatening the entire world with his terrifying nuclear rhetoric.

I’ve no idea how any of this will unfold, of course. But there’s one prediction I feel confident in making: whatever happens, the news cycle isn’t about to become less panic-inducing, less filled with existential threat. It is essential to learn how to consume news rationally if you want to live a purposeful and composed life.

Alarming news is nothing new, but the central place the news has come to occupy in many people’s psychological worlds is certainly novel. Because of how digital media works – though also because the news developments themselves are legitimately huge – these global dramas start to feel like life’s centre of gravity, with the immediate worlds of family, job and neighbourhood relegated to the periphery.

People sometimes misinterpret the point, so just to be clear: the global dramas obviously affect our daily lives – acutely and horrifyingly, if you’re in Kyiv today, but even if you live in Leeds or Louisville. Climate change is just one example of how our daily lives can have an impact on the other direction.

But assuming you’re not reading this in an active war zone, it doesn’t follow that you need to mentally inhabit those stories, all day long. It doesn’t make you a better person – and it doesn’t make life any easier for Ukrainian refugees – to spend hour upon hour marinating in precisely those narratives over which you can exert the least influence.

In short, I believe it is okay to shift your psychological gravity away from the news cycle and to the world around. The question is … how?

One response, popular in self-development circles, is renunciation: just stop reading the news. But apart from being ethically dubious (is it really OK to check out entirely, just because a given crisis hasn’t reached your doorstep yet?), I’ve found that this doesn’t work in practice as an antidote to anxiety. 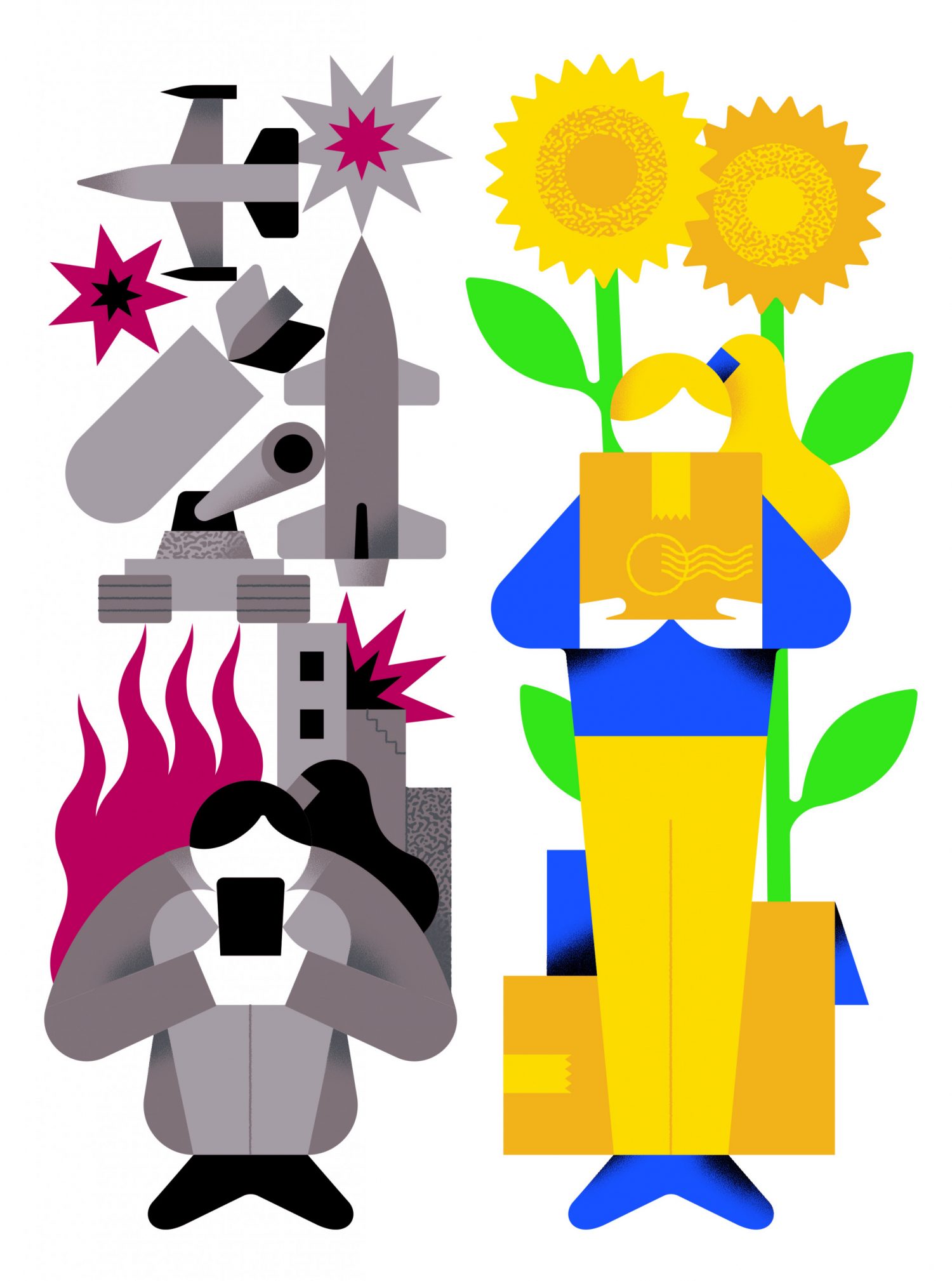 Unless you’re also going to renounce all contact with people who do follow the news, you’re inevitably going to pick up on major developments. And then you’ll probably end up with the additional worry that your self-imposed isolation means you’ll be the last to hear that World War Three has begun.

The opposite tactic is what you might call the ‘self-care approach’, typified by those articles offering lists of ways to be kind to yourself when the news is freaking you out. But these make an assumption I’m unwilling to buy into: that it’s inevitable that we’ll spend large chunks of time wallowing in despair about world events, and that the best we can hope for is to remember to treat ourselves to hot baths and walks in the park.

I think there’s a third option: adjusting your default state, so that the news once again becomes something you dip into for a short while, then out of again – as opposed to a realm in which you spend most of your day. And of course, when it comes to the news that you do choose to consume, balancing stories about what’s going wrong, with those focused on what’s going right, can help you to feel empowered.

Restoring news in its box

The blogger David Cain has written eloquently of his longing to put the internet “back in a box in the basement”. This, I’d say, should be our aspiration with the news as well: to check in on it a couple of times a day. To take any relevant concrete actions you can, such as donating to Ukraine. Then, to move on and step aside.

A few simple but not overly rigid rules can make a difference. For example, I’ve had success with leaving my phone in the hallway when I’m home; only checking Twitter during a predetermined two-hour period each day; and deciding in advance how I’ll spend work breaks, so I don’t just slide back into news-checking. Such tactics don’t make it effortless to avoid doomscrolling. But they do provide enough of a framework that at any given moment I’m either following them, or conscious of the fact that I’m failing to do so.

It’s been common in recent weeks to see people complaining that it’s hard to get any work done, or to get on with ordinary life in general. Maybe you just need to get on with your life. If you wait, instead, for all the existential threats to pass, all the desperate human suffering to subside, you’ll be waiting forever.

So don’t wait. Not just because marinating in the news helps no-one, but because what you’ll be doing instead – meaningful work, keeping your community functioning, being a good-enough parent or a decent friend – that stuff actively does help. There’s something you’re here to do. And I highly doubt that it’s doomscrolling.

Oliver BurkemanIs the author of The Antidote: Happiness for People Who Can’t Stand Positive Thinking, and of Help! How to Become Slightly Happier and Get a Bit More Done. His most recent book, Four Thousand Weeks, is about accepting your limitations, and finally getting around to what matters. He publishes twice monthly The ImperfectionistThis article is adapted from an email by Judith titled Building a Meaningful Life in an Age of Bewilderment.