Diddy Wanted The Role Of Bishop, The Character Tupac Played In “Juice”: The Producer Said Absolutely Not!

Diddy Wanted The Role Of Bishop, The Character Tupac Played In “Juice”: The Producer Said Absolutely Not!

Some people are just good at their job. Juice’sBishop, that was Tupac Shakur.

Ralph McDanielsVideo Music Box founder,, recently recalled a story. DiddyWanting to play the role of Bishop, the character TupacIn the film Juice.The story was told during an InstagramLive with rapper Fat JoeJoseph Cartagena is the real name. Ralph McDanielsSet up the account by telling Fat JoeHe was also one the producers JuiceIt was also the first movie that featured the character of. Ralph McDanielsHe had ever worked on. He began:

“I’ll tell you a funny story. They brought ‘Pac in, he was the only person they casted… They couldn’t cast nobody [because] it was when Hollywood wasn’t really trusted with Hip Hop, and people were like “uhh I don’t know, is this for real?” and [producers] were like “Yeah yeah, it’s real.” So they brought me in as a consultant to help bring everybody else in. So I started calling Queen Latifah, people that I knew, Trech…”

Fat JoeThere are a few other notable names, such as:

“…Right, that whole scene, that’s me. I called all those people and said “Come- you know- it’s good.” They know Ralph is there, they know Ralph, we trust Ralph. It’s good.”

“…And, when we shot Juice… Andre Harrell was shooting [a movie, which] Puff was working on… Puff got fired from that movie, and he said “Ralph, you working on JuiceI want to be a bishop. I read the script. Bishop, that’s me!” and I was like, “But we got somebody to be Bishop already, the only one that’s casted is Tupac.” [Diddy] was like, “Nah, I’m from Harlem Ralph, just think about it. Think about it. The script, that’s me.” And I was like “That’s [going to be] hard. That’s [going to be] difficult.”

The men laugh at the story. Ralph continues:

“…And I remember going to the producers and just feeling it out… And [the producer] was like, “Absolutely not! Absolutely not! We already got ‘Pac, that’s the only person we have, and Puff just got fired from “[Strictly] Business”… and we know him. He can’t come on this set.” so I was like “Alright, no problem.”

Ralph McDaniels, founder of Video Music Box, recalls a story about Diddy wanting the role of Bishop, the character that Tupac played, in the film “Juice”. pic.twitter.com/yboFR6VIXR

The story ends here, but fans continued the conversation by leaving comments about. Tupac’s legendary role, expressing their collective belief that nobody else could have played the role of ‘Bishop’ quite like Tupac Shakur. 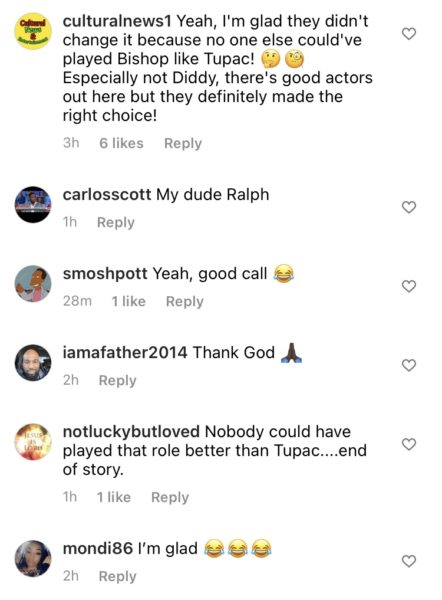 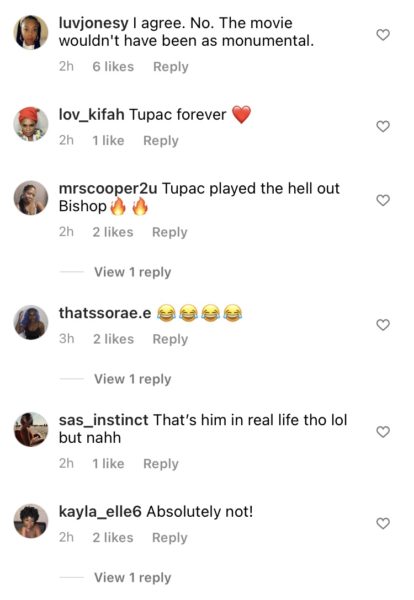 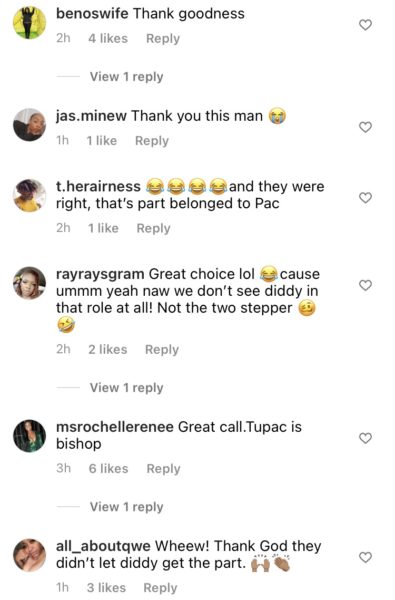 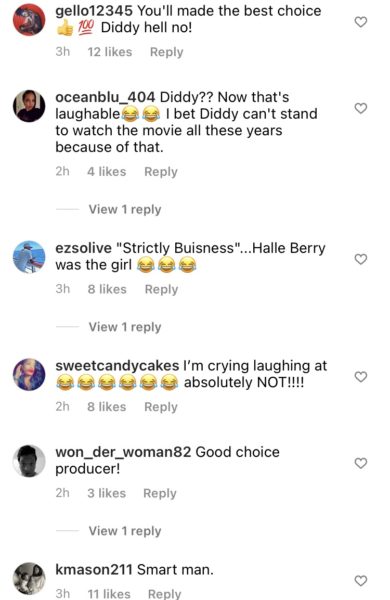 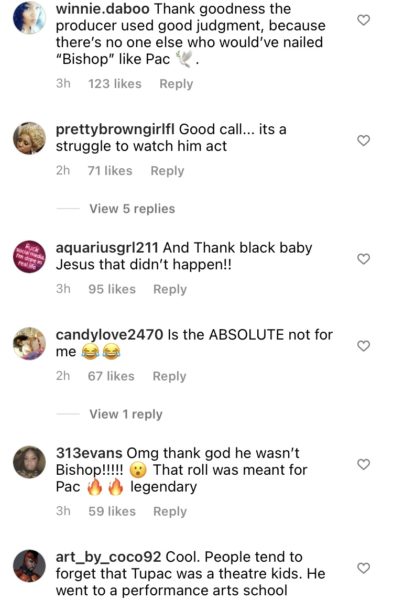 Is it possible that Diddy could have played the role as Bishop? Comment below.