Rapper-turned-TV showrunner 50 Cents couldn’t be any happier with the accomplishments his mentees have made.

The New York-native proudly announced that 66 out of the 75 students enrolled in his “G-Unity Business Lab” program are employed. In an Instagram post where he affectionately referred to them as his “kids,” he shared:

“66 of my 75 kids have a job now @gunitybusinesslab Houston i’m so proud of this program 3 ward, 5 ward let’s get it @bransoncognac @lecheminduroi.” 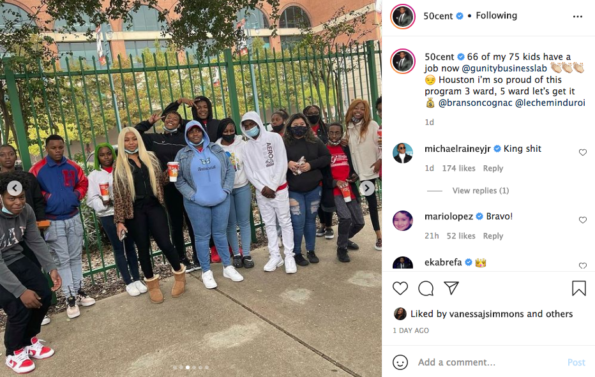 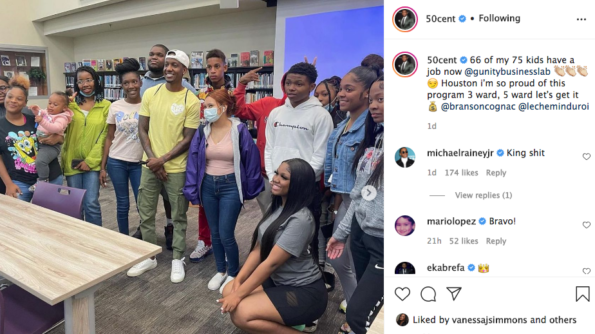 The G-Unit Business LabThis 12-week program is offered to the Houston Independent School District as an entrepreneur program. 50 CentThe program officially launched in the autumn after $300,000. The initiative is currently being implemented at Kashmere and Worthing high schools. In May, H.I.S.D hosted a press conference to announce the program. During his speech, 50 Cents said:

“These opportunities are huge opportunities that I didn’t have. I believe that being able to offer that early on changes the direction and the choices they will make. It prevents them from making some of the mistakes that I made.”

G-Unity Business Lab students receive the resources to help them improve their business management skills. They meet in class twice a week after school, for two hours. They will learn from professionals key methods and principles to help them brainstorm business ideas throughout the program. The students will have the chance to pitch their ideas and compete for money at the end of the year. 50 CentsAmong the judges of this competition are:

While 50 CentsWhile he chose only three schools for his program he has plans to expand it to more. He said:

“It’s three schools now, but it’s going be a lot more. Watch me.”

50 CentHe recently moved to Houston after he lived on the East Coast for most of his life. According to H.I.S.D., he made this move to launch the program. 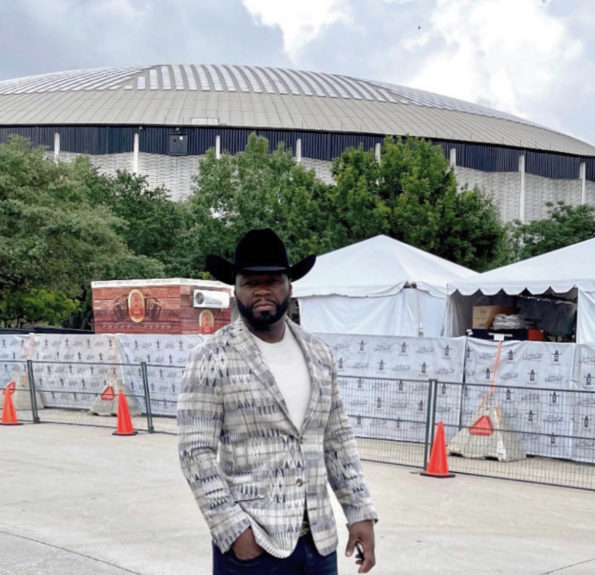